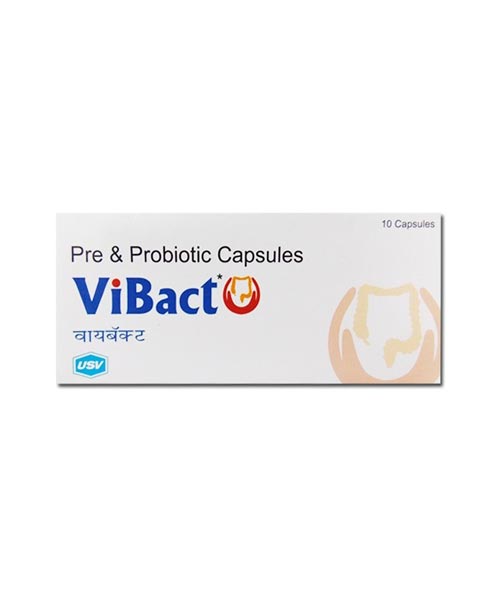 Manufactured by USV Limited, Vibact capsule is a dietary supplement that belongs to the group of drugs known as probiotics. The capsule contains Streptococcus Faecalis, Clostridium Butyricum, Bacillus Mesentericus and Lactobacillus Sporegens as its active ingredients. The medicine is generally used for treating gut and intestinal-related ailments, such as diarrhea, indigestion, constipation, irritable bowel syndrome, and gastrointestinal disorders.

This prescription-only medicine must be taken only post consultation with a doctor in order to avoid the occurrence of any unwanted side- effects. A few commonly occurring side effects caused due to the intake of this medicine are-

Composition and Nature of Vibact:

Vibact Capsule is a probiotic drug that is known to restore a healthy balance in the gut and intestinal flora. The medicine inhibits the reproduction of harmful bacteria in the gut and the intestines.

Its active ingredients include:

When Vibact Capsule is prescribed?

The vibact capsule is also known to increase the immunity of the patient.

Precautions and Warnings – When to Avoid Vibact Capsule?

Vibact Capsule is known to interact with alcohol and produce adverse side effects such as excessive drowsiness and dizziness in most cases. Thus, it is advised to avoid the consumption of alcohol during the course of Vibact Capsule.

Vibact Capsule must be administered with caution and only post consultation with a doctor by patients suffering from any of the following conditions, illness or diseases-

Vibact Capsule is known to interact with the following drugs. Thus, they should not be administered while taking Vibact Capsule.

Medicines that should not be taken with Vibact Capsule

1) What is Vibact Capsule used to treat?

2) Is Vibact Capsule safe for consumption?

Ans: Vibact Capsule is a probiotic that is safe to use if taken in the exact dosage and duration prescribed by a medical practitioner.

3) Is Vibact Capsule available as an over- the counter medicine?

Ans: Vibact Capsule is a prescription-only medicine that can only be purchased post getting a prescription from a doctor. It is not available for purchase over-the-counter without a doctor’s prescription.

4) What is Vibact Capsule used for?

Ans: This medicine is mainly used for relieving symptoms associated with irritable bowel syndrome. The drug works by boosting the immunity of the patient and inhibiting the growth of bad bacteria in the gut and intestine. It also enhances the growth and sustainability of good bacteria in the body.

5) What are the side effects associated with administering Vibact Capsule?

Ans: A few of the most commonly occurring side effects associated with the consumption of Vibact Capsule are dizziness, headache, chills, lightheadedness, gas, bloating, and flatulence. Different patients may experience different side effects depending on their age and medical conditions.

6) Does Vibact Capsule help in getting relief from nausea?

Ans: Vibact Capsule may help in relieving nausea caused due to irritable bowel syndrome but it does not help in getting rid of nausea arising out of any other condition or illness.

7) Is it safe to drive or operate heavy machinery post administering Vibact Capsule?

Ans: Vibact Capsule is a probiotic that is generally not known to cause excessive drowsiness or dizziness in most cases. In case a patient experiences such symptoms, it is advised to avoid driving or operating heavy machinery while administering Vibact Capsule.

8) Can Vibact Capsule be used to treat diarrhea?

Ans: No. Vibact Capsule does not help in getting relief from abdominal cramps. It is a probiotic supplement that is used to promote the growth of good bacteria in the gut and intestine.

10) Can I consume over- the- counter antacids along with Vibact Capsule?

Ans: It is not recommended to administer over-the-counter antacids along with Vibact Capsule. This is because antacids make Vibact Capsule less effective by reducing the amount of the drug being absorbed by the body. Unless prescribed by a doctor, the interaction of these two drugs must be avoided.

11) Can Vibact Capsule be administered by pregnant females?

Ans: Vibact Capsule is a prescription-only medicine that must only be used post consultation from a doctor. It is generally advised for pregnant females to avoid administering this drug. If it is absolutely necessary for the pregnant female to administer this medicine, doctor consultation is very important.

Ans: No. Vibact Capsule is not commonly advised to lactating mothers as it has the tendency to pass through breast milk in large amounts. This can lead to adverse side effects on the health of the infant. Thus, a doctor must be consulted before starting the course of this medicine.

13) Can I consume alcohol while administering Vibact Capsule?

Ans: It is not recommended to consume alcohol while taking Vibact Capsule. This is because alcohol has the tendency to cause excessive drowsiness in the patient if being taken alongside Vibact Capsule which itself has a tendency of causing lethargy and sleepiness in some cases.

14) How much time does a dose of Vibact Capsule take to show effect?

15) Should I take this capsule before or after a meal?

Ans: It is generally advised to administer Vibact Capsule after having a meal for maximum efficacy and appropriate absorption.

16) Is this medicine addictive by nature?

Ans: No. Medicine is not addictive by nature. All addictive drugs in India are classified as schedule X or H and as schedule II-IV in the United States. It is advised to read the packaging label of the drug carefully for all the related information.

17) Can administering Vibact Capsules cause bloating?

Ans: Yes, bloating and flatulence are very common side effects associated with the use of Vibact Capsules. The use of the medicine causes excessive air accumulation in the gut that may result in excessive bloating. It is recommended to stay hydrated and active to avoid the occurrence of such side effects.

18) What is the normally prescribed dosage for Vibact Capsule?

Ans: The generally prescribed dosage for Vibact Capsule is 4 capsules per day. The dosage may be altered depending on the severity of the patient’s condition, age, and medical history.

19) What will happen if I accidentally have an expired dose of Vibact Capsule?

Ans: Although there is no reported side effect of consuming an expired dose of this capsule, the efficacy of the drug may be hampered.

20) What are the storage instructions for this Capsules?

Ans: The following storage instructions must be followed for Vibact-

21) Can I stop taking the medicine promptly?

Ans: It is advised to consult a doctor for dosage suggestions as per health history and condition, as stopping or starting the medicine promptly may cause adverse side effects and cause deterioration of the health of the patient. 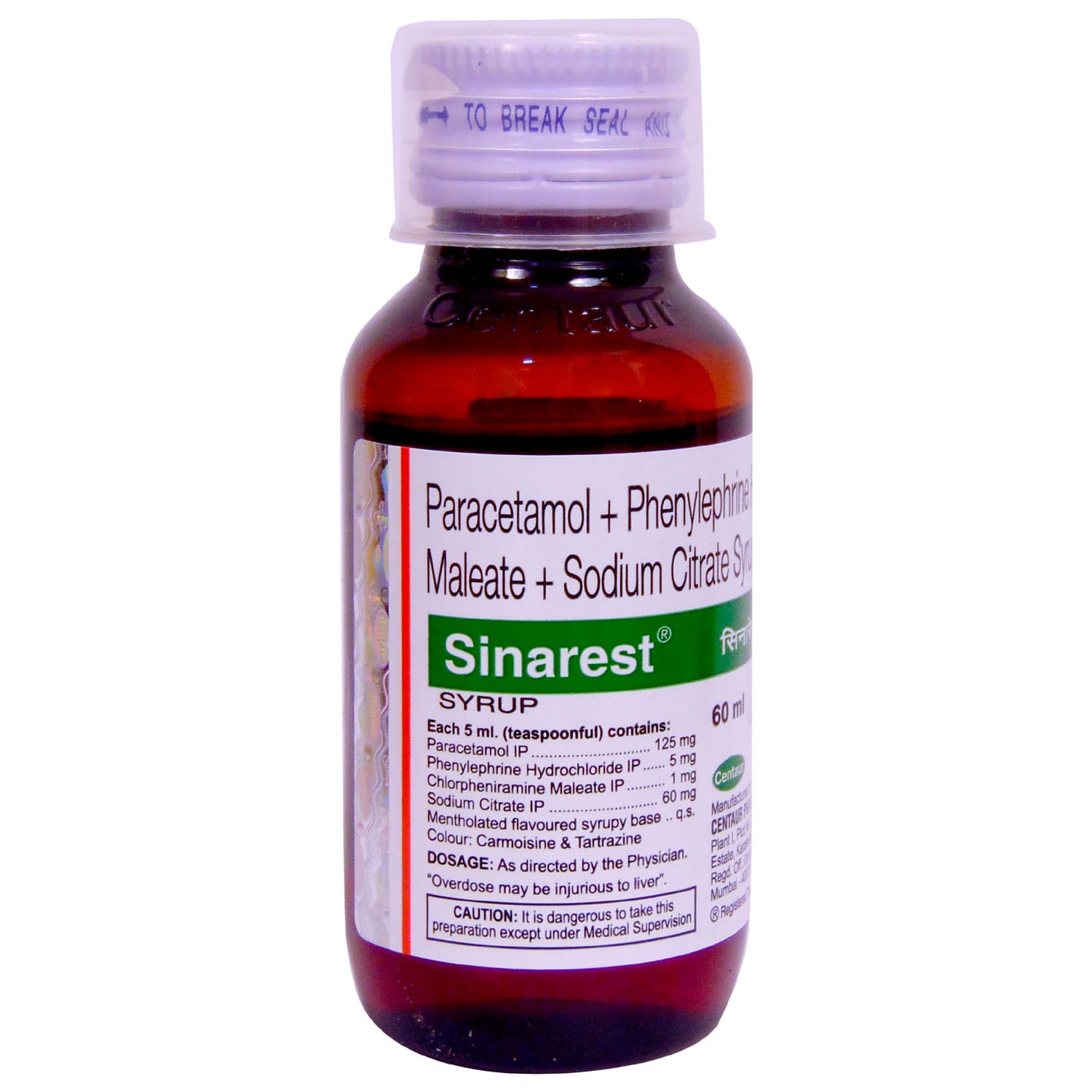 Sinarest Syrup is generally used for treating the symptoms associated with common cold. It treats symptoms such as runny nose, nasal congestion, sore throat, fever, headaches and muscle pain. The 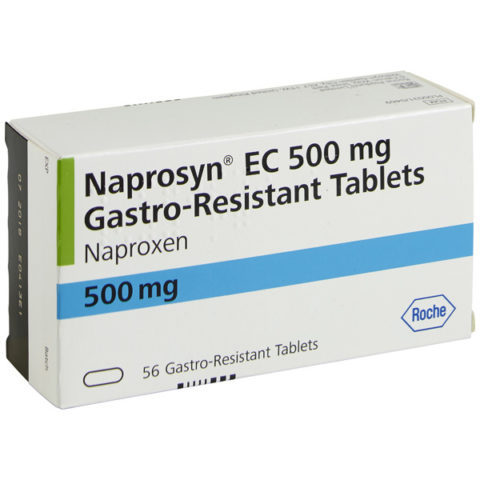 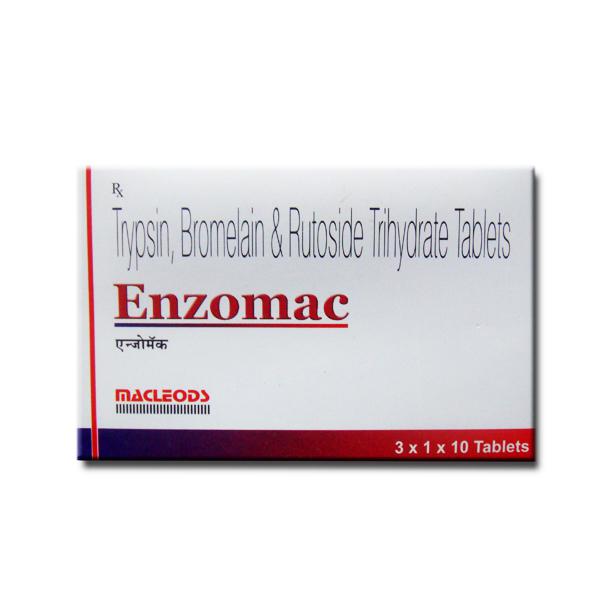 Enzomac Tablet is a pain-relieving drug used to treat pain and inflammation related to osteoarthritis, spondylopathy, bursitis, rheumatoid arthritis, and tendonitis. It is also used to treat conditions such as