Tumours (neoplasm) are an aberrant mass of tissue. A tumour is an unusual mass of tissue that is not necessarily detrimental. Tumours can be cancerous and non-cancerous. Tumours are of enormous sizes. There are several types of tumours but they are generically divided into three kinds.

There are three types of a tumour

The definite reason of benign cancer is still yet unknown. Generally, the body keeps a balance between cell growth and cell division. The new cells form and die all the time. New cells replace damaged cells(dead cells) automatically. But in the case of tumours, these damaged cells remain and they form this unusual lump of tissue.

–  Lipomas- They are the most common kind of benign tumours. This tumour occurs due to the growth from the fat cells. Often found on the neck, back or arms; this tumour is soft and round in shape. This tumour can also move under the skin though only by a small amount. There are different types of lipomas including angiolipoma, myelolipoma, fibrolipoma, spindle cell lipoma, hibernoma, and atypical lipoma.

–  Myomas- This tumour occurs due to the growth of the muscles or due to the growth in the walls of blood vessels. These tumours also grow in the internal organs such as uterus and stomach. They occur in smooth muscles as well.

–  Adenomas- These tumours occur in the thin layer of tissue that encloses glands, organs and other internal structures of the body. For example, Polyps a tumour formed in the colon or due to the growths on the liver. Other examples are a parathyroid adenoma, eosinophilic adenoma, basophilic adenoma, bile duct adenoma, chromophobe adenoma, fibroadenoma and hepatic adenoma.

–  Nevi- These tumours are also known as moles. They are very common as well. They are benign (non-cancerous) and occur due to the growths on the skin.

–  Fibroids- Also known as fibromas, these tumours grow in the fibrous tissue present in certain organs of the body. Commonly found in the uterus, they are known as uterine fibroids.

–  Hemangiomas- These are benign tumours that are made of excessive blood cells. They occur as marks on the surface of the skin and are known as strawberry marks. Mostly hemangiomas a tumour occurs at the birth of a child and gradually go away after some months or years of time. Hemangiomas a tumour does not usually require any treatment or medication. If they cause problems of eating disorder or problems in seeing something in a child the doctor may recommend treatment with corticosteroids.If this problem occurs in a child/adult of more age more than 10 years a tumour is removed using laser surgery.

Even though benign tumours are non-cancerous they should be treated properly. This is because of the fact that non-cancerous moles or colon polyps can become cancerous after some time. Uterine fibroids cause problems like pelvic pain and abnormal bleeding,

and some internal tumours can block a blood vessel or can cause pain by pressing on a nerve.

Benign tumours can occur at any age. They can be found even in children. But mostly, they occur in adults with an increase in age.

Symptoms of a Benign tumour:

It is not essential for tumours (benign or cancerous) have symptoms.

The tumours occur in several places. They may be present on any location throughout the body. Tumours may affect the functions and working of the organs in which they occur.

For example, a Benign brain tumour may cause headaches, vision trouble, and fuzzy memory.

But again it’s possible that there may be no symptoms of a brain tumour.

If a tumour is near the skin it can be felt from the outer skin. For Example, in many cases of a benign tumour in the breasts, a lump can be felt on self-examination.

A tumour can also be felt from the outer skin in case of soft tissues such as in abdomen.

Depending on the location of a tumour, signs of a benign tumour may include:

Benign tumours are of different sizes. They can be small or large. If a tumour is small it can’t be detected from the outer skin. Only large tumours can be felt from the outer skin. Small tumours don’t cause any pain or discomfort at a particular location. For example, Lipomas are large enough to detect, painless, movable and soft.

The symptoms of Nevi are skin discolouration that occurs on the skin.

The symptoms may occur. Anything unusual should be checked by a doctor.

This is a tumour which is not yet cancerous but has some characteristics of cancer. This kind of a tumour is on the way to becoming cancerous. This type of a tumour requires proper monitoring. The generic kind of premalignant tumours are given below:

–  Actinic keratosis: Also known as senile keratosis or solar keratosis. It is a premalignant growth that consists of patches of skin that become crusty, scaly, and thick. It mostly occurs in fair-skinned people who are exposed to sunlight. A premalignant tumour becomes a squamous cell carcinoma, which is malignant. Doctors recommend treating it as after development due to exposed sunlight it can become cancerous.

–  Cervical dysplasia: This is the change that occurs in the normal cells on the lining of the Uterus. It is premalignant and can become cancerous by becoming cervical cancer. This type of a premalignant tumour is diagnosed by a PAP smear. It is most common in aged 25 to 35 years. This type of a tumour can be removed by freezing techniques or by removing the cone of tissue from the cervix.

–  Metaplasia of the lung: These growths are found in the tubes that are responsible for carrying air from the windpipe into the lung, or the bronchi. The bronchi are lined with glandular cells, which can develop and become squamous cells. It is most commonly caused by certain activities like Smoking.

–  Leukoplakia: This type of a tumour occurs in gums, the bottom of the mouth, the insides of the cheeks, and, sometimes, on the tongue. They are often in the form of thick white patches and can’t be scraped off easily. It is believed that smoking or chewing tobacco is the main reason for this tumour. Leukoplakia is generally not dangerous, but sometimes a small percentage of this can develop and become cancerous. Leukoplakia can cause several mouth cancers. Quitting smoking, alcohol, and tobacco can reduce this condition. The patches can be removed using different types of treatments like laser, a scalpel, or a cold probe that freezes the cancerous cells.

Malignant tumours are cancerous tumours that can be fatal. They develop and ultimately leads to death. Unlike benign tumours which can’t be spread out, the malignant tumour grows very quickly, and it can even spread to new organs and locations in a process known as metastasis. The aberrant cells multiply at a much faster rate in malignant tumours as compared to benign tumours. The cancer cells that invade other locations are still the same cells. On spreading out the cells remain the same as the original ones.

–  Carcinoma: These are the tumours that occur from epithelial cells. For example, carcinomas can be found in the stomach, prostate, pancreas, lung, liver, colon, or breast. Most of the common tumours are carcinoma, generally in older adults.

–  Sarcoma: These are the tumours that begin to form in connective tissue, such as cartilage, bones, fat, and nerves. They generally originate in the cells which are outside the bone marrow. Most of the sarcomas are malignant.

–  Blastoma: Tumors which occur in the embryonic tissue or developing cells are known as blastomas and are common in children rather than adults. Examples include medulloblastoma and glioblastoma -types of a brain tumour, retinoblastoma- a tumour in the retina of the eye, osteoblastoma- a type of a bone tumour, and neuroblastoma- a tumour of the nervous system which is found in children.

There are different types of techniques used by the doctors to diagnose the tumours. The most important part in the diagnosis of a tumour is whether a tumour is benign(non-cancerous) or malignant(cancerous). Generally, a sample is taken by a surgeon or an interventional radiologist and then sent to a laboratory which is and inspected under a microscope by a pathologist. Laboratory tests determine with certainty the kind of a tumour (benign or malignant).

The doctor first does a physical examination and collects the medical history of the patient. Doctors then consider the symptoms the patient is experiencing. Imaging testing is done to detect and locate tumours, including CT scans, MRI scans, mammograms, ultrasounds, X-rays.

In order to detect Benign tumours, doctors often look for a visual border of a protective sac that is present in benign tumours helps them diagnose a tumour. The Doctor may also order blood tests to check for the presence of cancer markers in the body.

The sample taken by the surgeon is called a biopsy. There are three different kinds of biopsy:

–  Excisional biopsy: This is the surgical removal of the entire lump/solid mass of tissue or suspicious area.

–  Incisional or core biopsy: In this biopsy, a sample is surgically removed from a tumour.

–  Needle aspiration biopsy: This is the biopsy in which fluid or a sample of tissue is removed with a needle.

To get the best and most correct results sample is taken from different locations of a tumour.

Guidelines to prevent a tumour are as follows:

– Eat plenty of fruits and vegetables

– If you choose to drink alcohol, do so only in moderation.

– Maintain a healthy weight and be physically active

– Protect yourself from the sun

– Get immunized from certain diseases

A tumour is a lump of a solid mass of tissues which is caused due to the irregularities in the balance of cell growth and cell division. Tumours are not necessarily cancerous. They can be non-cancerous as well as cancerous. There are three types of tumours including a Benign tumour: This is non- cancerous, Premalignant tumour : This is not yet cancerous but can be developed into cancerous over time. A malignant tumour : This is a cancerous tumour and can be fatal. As soon as a person finds a symptom or felts lumps in self-examination they should consult a doctor for the correct treatment of a tumour.

If you are looking for the answers to various questions including:

– What are the types of a tumour?

– What are the causes of a tumour?

– What are the symptoms of tumour?

– How to prevent yourself from getting certain cancerous diseases and tumour?

– How are the tumours diagnosed?

Then you are in the right place. Please refer to the above-mentioned information. 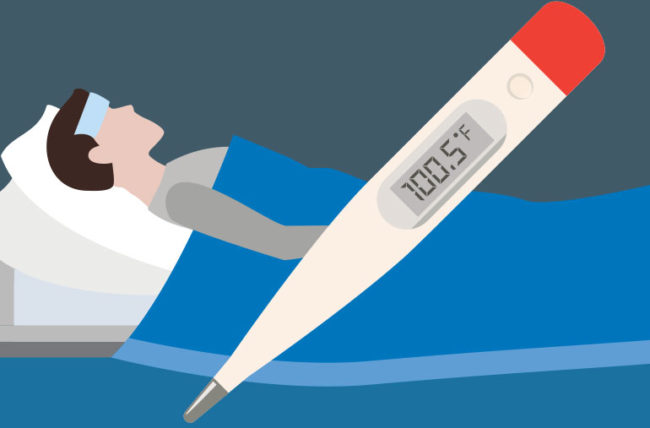 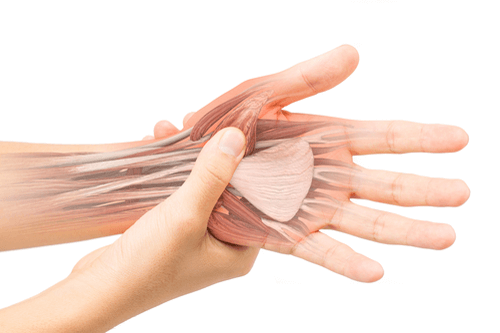 Dystonia is a movement disorder in which a person experiences muscles contraction involuntarily leading to twisting and repetitive movements. When it affects any particular part of your body then it 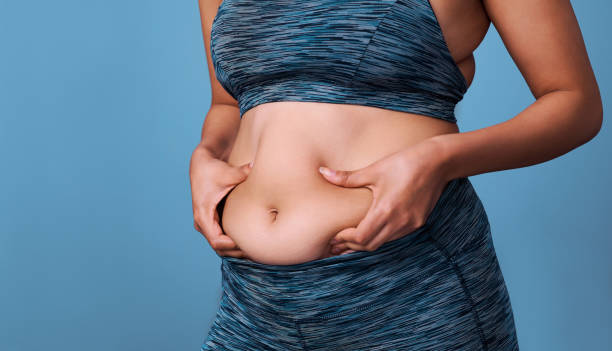 Bloating is nothing but a feeling that the abdomen is full. In some cases, it will be larger than the normal size. On the other hand, you will feel that