Tryptomer Tablet belongs to the category of antidepressants which is primarily prescribed for depression, migraines and neuropathic pain.  The medicine is manufactured by Wockhardt Ltd. The medicine is prescription based drug so it should be used only after consulting a doctor. The main ingredient used in the medicine is Amitriptyline 10mg, which is usually used in medicines which are intended to treat mental ailments. The mental ailments may include depressive disorder, attention deficit hyperactivity, anxiety disorders, bipolar disorders, etc. The Tryptomer tablet belongs to the category of tricyclic antidepressants. It works by balancing the levels of chemical that are synthesized by brain.

Uses and Benefits of Tryptomer:

Primarily, being a class of tricyclic anti-depressants, Tryptomer tablet is essentially made to function by balancing certain important chemicals such as serotonin in the brain. Here is a list of conditions for which Tryptomer is prescribed:

The conditions mentioned above are not exclusive and Tryptomer can be helpful in other conditions as well. Also, it might produce certain undesired effects due to other clinical conditions. Hence, a doctor should always be consulted before taking this medicine.

Side Effects of Tryptomer Tablet:

Apart from intended effects, the medicine might produce some unwanted effects. The side-effects of tryptomer may be due to ongoing medicine interaction, allergy to the ingredients of Tryptomer, or presence of some medical conditions.

Here is a list of side effects that have been reported by the user of Tryptomer:

If any of the mentioned side effects is experienced, then a doctor should be consulted without delay. The dose of Tryptomer should be adjusted or it should be replaced with a suitable substituted.

In case of an overdose of tryptomer, a doctor should be consulted without any delay. The symptoms in case of overdose of medicine includes following:

Immediate medical interference is required if any of the above-mentioned symptoms are experienced.

Composition and Nature of Tryptomer:

Amitriptyline: It is the main ingredient used in Tryptomer and belongs to the category of tricyclic antidepressants. This ingredient is found to be effective in the treatment of mood disorders, depression, energy level enhancement, better sleep, anxiety relief, etc. Amitriptyline works by regulating the chemicals synthesized by brain that are responsible for maintaining mood. The chemicals are usually neurotransmitters including serotonin.

Precautions and Warnings – When to Avoid Tryptomer Tablet?

Consumption of Tryptomer along with other drugs or in case of certain medical condition puts the person in the risk of drug interaction. Hence, a medical professional should be informed in advance about the medical condition or on-going drugs to avoid any such complications in future. Here is a list of reported interactions:

Tryptomer when taken along with other drugs can nullify the effect of both the medicines or worsen the existing medical condition. Hence, a doctor should be informed in advance regarding the ongoing medication.

Here is a list of drugs that poses serious risk of drug interaction when taken along with Tryptomer.

Also, most MAO inhibitors should not be consumed two weeks before and after taking the drug. As it has been already said, taking MAO inhibitors along with this drug may induce a serious drug interaction.

If any undesired effect is experienced due to interaction of above mentioned drugs, then a health professional should be consulted without any delay.

Also, dose alteration or any other medical treatment should be considered which is favorable to the clinical condition.

Use of Alcohol should be avoided or minimized while consuming Tryptomer. Consuming them altogether increases the risk of excessive sweating, muscle stiffness, pulse fluctuations and insomnia. A health professional should be consulted as soon as possible if any undesired effect is experienced.

Using Tryptomer might alter some of the lab results. Hence, a pathologist should be informed in advance about consumption of Tryptomer.

The medicine is available in following variations:

Tryptomer 10 mg chiefly augments the levels of chemical messengers in the brain that help in controlling the mood and thereby treating depression effectively. The medicine works by stopping the absorption of serotonin and norepinephrine (hormones that function as a neurotransmitter) by serotonergic and adrenergic neurons. It assists in regulating these chemicals that are unbalanced, thus causes depression and mental ailments.

When Tryptomer Tablet is prescribed?

The Tryptomer medicine is prescribed for conditions which occur due to imbalance in chemical messengers or hormones that are synthesized by brain. Some of the conditions include the following:

Medicine that should not be taken with Tryptomer:

Ans: As far as the safety is concerned of the tablet, it is generally safe till it is taken in controlled doses as prescribed by the doctor. The medicine should not be consumed in case of any allergy to the ingredient of the Tryptomer. Also, if there is any medical concern or history of it; then a doctor should be informed at the time of prescribing this medicine.

Ans: No, Tryptomer 10 mg does not belong to the category of steroid drugs.

3) Can it be taken with Betahistine?

Ans: Yes. There should be no side effects of tryptomer when the two are taken together. It is advisable to discuss the respective interaction with a pharmacist or a health professional before taking the medicine.

4) What is the Tryptomer tablet used to treat?

Ans: The medicine is usually prescribed for conditions which are a result of imbalance in the chemicals synthesized by brain.

5) What is the tryptomer 10 mg tablet used for?

Ans: The medicine is used for following medical conditions:

Apart from the above mentioned conditions, the medicine can be prescribed for other conditions as well. Hence, a doctor should be consulted before consuming the medicine.

6) What are the side effects of Tryptomer?

Ans: The medicine can cause some undesired effects which vary from person to person, depending on the medical condition, drug interaction, age, etc. Some of the side effects reported are mentioned below:

7) How Tryptomer should be stored?

Ans: While storing Tryptomer following instructions should be kept in mind:

9) Is amitriptyline used as sleeping pill?

Ans: It is an antidepressant but can be used as a sleeping pill. This drug has got long half-life of 12-24 hours, which is more than usual insomnia medications.

10) How long does Tryptomer takes to show action?

Ans: The duration of onset of action usually varies between 3-6 weeks.

11) What is the duration till effect of Tryptomer remains?

Ans: The effect of Tryptomer lasts for period of 4-7 weeks usually. This is counted after 4-7 weeks of onset of action. However, it may vary from one individual to another as it is subject to medical condition and age of the person.

12) Is Tryptomer has habit forming tendency?

Ans: No, the tryptomer tablet does not exhibit any habit forming tendency. However, a doctor should be consulted prior to the use and all the medical concerns should be discussed in advance.

13) Are there any conditions when the use of Tryptomer should be restricted?

Ans: Yes, there are several contraindications. Here is a list of such condition:

Ans: Tryptomer belongs to the group of tricyclic antidepressants and is used in the treatment of depression and mental problems. The medicine works by altering the level of certain chemicals in the brain.

15) Is Tryptomer banned drug in India?

Ans: No, the drug is not banned in India. It is legally available in the country. The medicine is a prescription based drug and can be purchased from any drug store.

16) Does Tryptomer tablet cause weight gain?

Ans: No, any case of weight gain has not been reported yet.

17) Does Tryptomer cause hair loss?

Ans: No case of hair loss has been reported yet. Hair loss occurs due to an underlying medical condition. If any such symptom is experienced, then a doctor should be consulted.

18) Is Tryptomer a safe anti-depressant?

Ans: Yes, Tryptomer is a safe and well-tested antidepressant.

19) Is Tryptomer tablet a sleeping pill?

Ans: Tryptomer is an antidepressant and is used in the treatment of mood disorders and depression. It also helps get better sleep.

20) Is Tryptomer prescribed for neck pain?

Ans: No, Tryptomer is not prescribed for neck pain. It is used in the treatment of nerve pain. 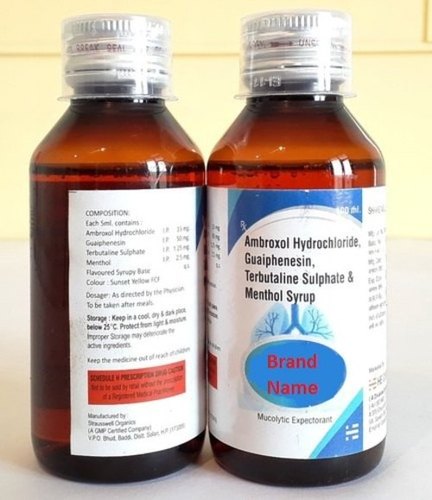 It is well known by all that excess phlegm or mucus in the body is one of the most irritating and troublesome of conditions. Especially during the times when we

Azithral 500 mg tablet are antibiotics medicines that are used to treat different types of infections that are caused by a variety of bacteria. It belongs to the class of

Manufactured by Cipla Inc Ltd, Asthalin belongs to the short-acting beta 2 agonists group of drugs. It is predominantly used in the treatment of asthma and other chronic obstructive pulmonary disorders.