Teneligliptin is a popular drug used for the treatment of type 2 diabetes or diabetes mellitus. The drug belongs to the class of inhibitors for dipeptidyl peptidase-4, whichis more commonly known as gliptins.

Mitsubishi Tanabe Pharma was the first company to discover the medication and produce it. After clinical trial, the medicine was launched in September, 2012. Both Mitsubishi Tanabe and Daiichi Sankyo in Japan commercially produced it at the time.

Composition and Nature of Teneligliptin:

Teneligliptin is a Dipeptidyl peptidase-4 (DPP-4) inhibitor. It is made up of 5 subsequent rings which generate a durable effect. This drug is lately being used in patients who show unsatisfactory improvement in glycemic management even after regulating diet and workout.

This drug shows potency in regularizing glycemic fluctuation in the course of a day, and in consequence, subduing advancing diabetic complications. However, it must be mentioned that the efficacy of the drug is yet to be completely arrived at, as it is still under research.

Uses and Benefits of Teneligliptin:

Teneligliptin is a primary medication for the treatment of type 2 diabetes. This means that the drug aids controlling and managing the blood glucose levels, so that they remain within their normal range. However, aside from its use in type 2 diabetes, the medication is also widely used for the treatment of maturity onset diabetes, diabetes mellitus, polycystic ovary syndrome or PCOS.

PCOS is a condition where the woman’s reproductive systems produce a greater amount of male sex hormone or testosterone than usual. This can lead to cysts and even infertility. Teneligliptin is useful in reducing the production of the male hormone and balancing the sex hormone levels in the woman’s body.

Side Effects of Teneligliptin:

The drug is known to produce side effects in some patients which may range from minor ones to serious conditions. For instance, the drug may lead to constipation, loss of appetite, abdominal pain and diarrhoea. Some patients may also experience nausea and hypoglycaemia, both of which are easily treatable. Additionally, some people may be allergic to the medication, which can severely affect them.

The dosage varies from patient to patient, but Teneligliptin is usually taken once every day. The doctor will be able to advise you better regarding the amount of medication you need for your specific condition. The drug can be consumed with food or on an empty stomach. Ensure that you only take in the specified amount at a particular time and not any more or less. You can take a missed dose whenever you are reminded of the same. Contact your physician immediately if you notice any side effect from the medication or weight loss from the same. Contact emergency services directly in case of overdose.

Inhibitors of DPP-4 or gliptins are a class of medication that is administered orally following which it blocks the action of DPP-4 in the blood. Glucagon increases the level of glucose in the blood, whereas the inhibitors, such as Teneligliptin act as restrictive measures. These drugs bring the glucagon levels down, which in turn reduces the glucose concentration in the blood as well.

Basically, the function of the drug is to enhance the incretin levels, which include the GLP-1 and GIP. These substances prohibit the release of glucagon in the blood and maximize the insulin secretion. The insulin limits gastric emptying and hence the production of glucose is also decreased.

Warnings/Precautions – When to Avoid Teneligliptin?

Pregnant women should not consume the drug, and even if they do it should be taken under specified medical supervision. Women who are breastfeeding are also not allowed to take the medication.

People who have a history of excessive QT interval should not consume the medication, as it can deteriorate the condition. Moreover, the people with a history of severe hepatic impairment should only consume the drug under strict medical supervision. For these people, the liver functionality should be closely monitored when they are placed on the drug in question.

Substitutes for Teneligliptin include:

Medicine should not be combined with any other drug without the consent of the physician, as they may lead to some severe side effects and unforeseen reactions in the body. For teneligliptin, ensure that you do not mix it with the following:

However, it is advisable to avoid beta blockers, MAO inhibitors and Levothyroxine medication when you are on the DPP-4 inhibitor in question. No link has been discovered between alcohol and the drug and it is believed that there is no interaction between the two. However, it is best to consult the physician in this matter and not take the risk.

1) Does Teneligliptin interact with metformin?

Ans: Metformin is another medication for the treatment of type 2 diabetes. However, it is commonly used for overweight people suffering from the high blood glucose levels. In some cases, where the blood sugar levels are too high, doctors may advise you to take both metformin and Teneligliptin at the same time. The two medications do not interact with each other, but the dosage may need to be adjusted according to the needs of the patient.

2) Is my weight loss related to Teneligliptin?

Ans: The drug in question does not cause weight loss. However, if you are experiencing a sudden drop in your weight, you may need to visit the physician and seek his/her advice on the matter.

3) Can I take insulin shots along with Teneligliptin?

Ans: Yes, you can use both at the same time. However, ensure that the dosage for the insulin shot is adjusted, so that you do not suffer from low blood sugar or hypoglycaemia. Your physician will be able to help you better with the dose adjustments.

Ans: No, the drug does not have any effect on the energy levels. Drowsiness/sleepiness is not caused by the medication, but may be a result of some other factors, such as lifestyle and diet changes. 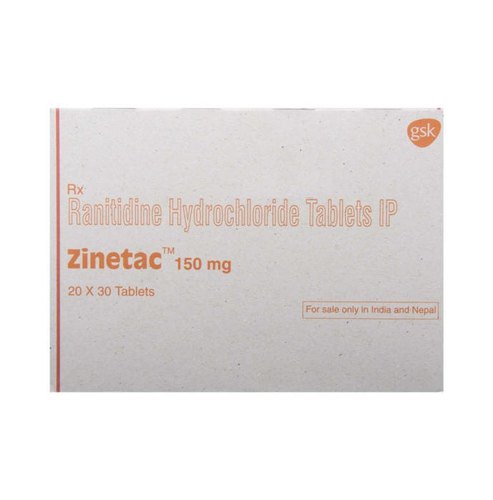 Zinetac 150 MG Tablet is an antihistamine (histamine-2 blocker) prescribed to primarily treat stomach ulcers, and also to provide relief from heartburn and other acidity-related disorders. Zinetac also helps in controlling The multivitamin capsule, Zevit, is manufactured by Glaxo Smith Kline Pharmaceuticals Limited and is used for the treatment of all types of immune deficiencies and related conditions due to its