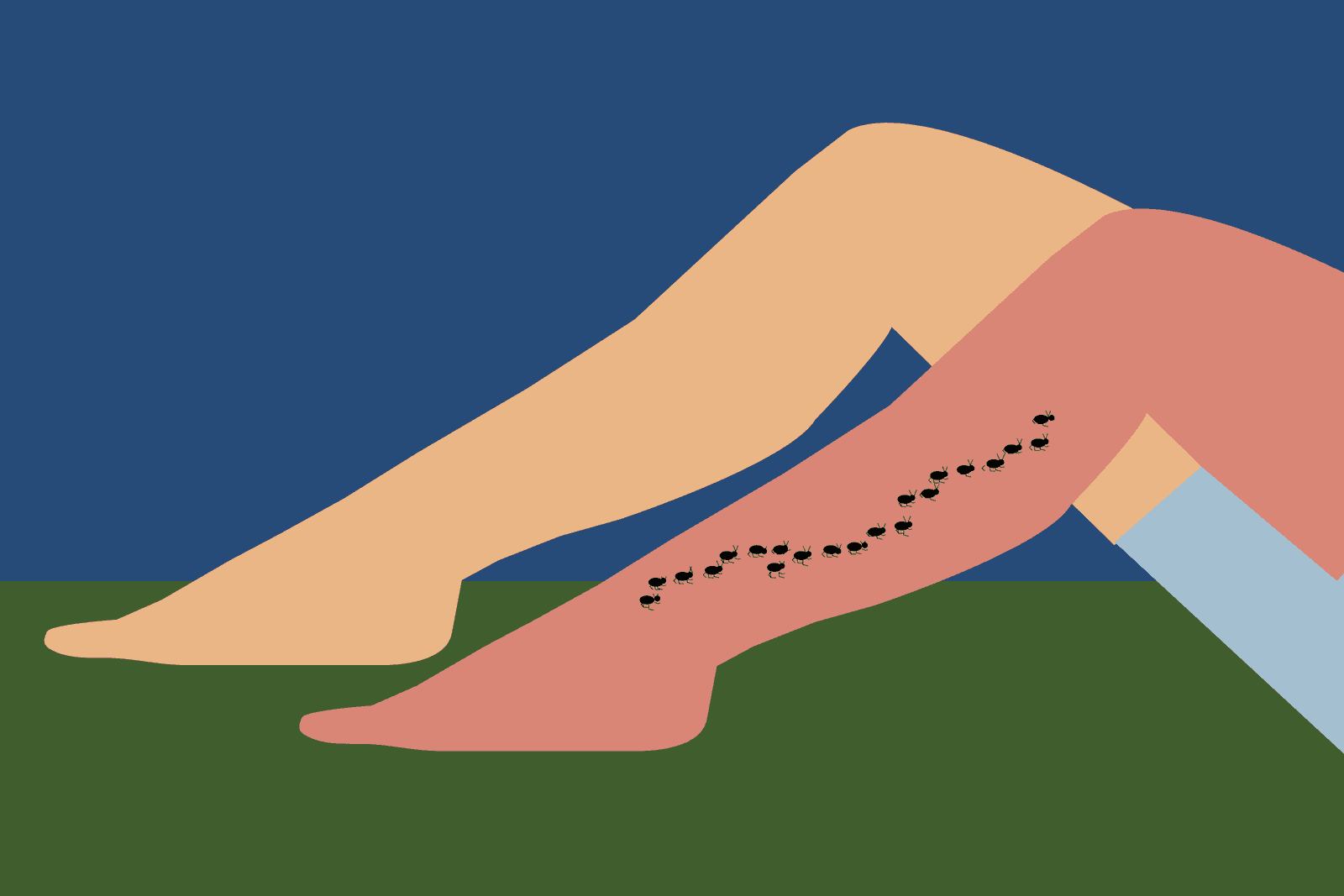 The uncontrollable urge to move the legs is called restless leg syndrome. This is most of the times because of the uncomfortable sensation one experiences, and this sensation can occur in any part of the day. The feeling can be suppressed to a relatively great extent when one moves. This condition is also called the Willis Ekbom disease, WED in short. This disease can start at any point in time. This implies that an adult who had no problems till 35 years of age too can find the problem cropping up, suddenly. This can get worse at any point in time. There are lots of medications to ease the disease, and various methods help one to cope with the daily activities.

This disorder is a part of the nervous system disorder and often can disturb the sleep. This can be the cause behind the sleep disorder in most people suffering from insomnia.

The irresistible need to move is one of the major symptoms of this disease. One can experience itchy feelings, or needle piercing, or creepy crawly feelings in the legs. These uncomfortable sensations can be at the heights when one is taking rest or sleeping. The severity can differ from individual to individual, and the symptoms are worse when the severity is high. There are a few general characteristics of Restless Leg Syndrome, which help in faster and easier identification of the disease, even when it is mild or intermittent.

–  Sensation starts when at rest: The uncomfortable sensation begins when one starts taking rest. All the while when walking or engaged in any kind of physical activity, the sensations wouldn’t have occurred. When lying down or when sitting down for long, the sensations begin. For instance, one suffering from the urge to move the legs when sitting at a plane or car for long hours.

–  Movement eases the sensation: When the legs are stretched, or when walked, the sensations start bidding bye. Even small activities like walking across the room help. In such cases, one can easily conclude that the symptom is of RLS or WED.

–  Twitching of legs at the night: The common condition of periodic limb movement and RLS are associated. This leads to twitching and turning of the legs, which during the night’s sleep is definitely disturbing and can cause a sleep disorder. Most of the people suffer from the symptoms only during the evenings and nights. But that does not mean one is not exposed to the experience in the mornings.

While the symptoms are typically restricted to the legs, a few can experience the uncomfortable sensation in the arms too. Though less common, they cannot be ruled out. The unpleasant sensations can occur at both sides of the body. One can feel the sensations like crawling, creeping, pulling, aching, itching, electric and throbbing. In a few people, the sensations are unpleasant and cannot be explained. The desire to move the legs, however, remains the same. In a few people, the symptoms disappear for a certain amount of time and reoccur suddenly.

The cause behind RLS is often nil. The chemical in the brain, dopamine, can at times cause the trouble by sending the message for muscle control. The imbalance of the chemical is one of the reasons, believe the scientists.

Chronic diseases: Various medical conditions and deficiencies can cause this condition. For instance, Parkinson disease, iron deficiency, diabetes, renal disorders, and peripheral neuropathy are diseases and disorders that are known to cause Restless Leg Syndrome. Chronic diseases like diabetes can damage the nerves in the hands and feet, which is called as peripheral neuropathy. This can also be caused due to alcoholism. Iron deficiency can lead to RLS, and for this, there is no requirement for the existence of anaemia.  This can be caused in women who have a severe menstrual flow, and in people who experience internal bleeding in the abdomen and intestines. The body’s chemistry can be disturbed, and the situation can become fatal when the kidneys do not function properly. With renal disorder, often iron deficiency is found. This is because the iron supplies in the blood are drawn out faster. Lesions on the spinal cord too can cause this condition. This can develop when anaesthesia is given in the spinal cord, or spinal block is given, the risk of RLS is higher.

– Hereditary: It can be seen that this condition runs through the family. In such cases, the onset of the disease happens at 40 years of age. The genes for RLS are present in certain sites in the DNA, which the researchers have found.

– Pregnancy: The nine months is the period full of hormonal changes, and the symptoms arise and worsen for the same reason. This can especially happen during the third trimester. However, the condition and symptoms vanish after the delivery.

– Medications: Medications to treat various diseases too can trigger this condition. Drugs for stopping nausea, antidepressants, antipsychotic drugs, and medications for cold and allergy can lead to worsened symptoms.

Often, the symptoms, especially the urge to move the legs tell the doctors what the condition is all about. The doctor begins by asking about your strong and cannot be resisted sensation for moving your legs. You would be questioned about the sensation of crawling, creeping or itching. If the sensation often felt at night is the next question.

After questions about the symptoms, your doctor will for sure, look for other underlying medical conditions. The iron deficiency is one of them. This can be diagnosed with a simple blood test. Neurological exams too are on the cards.  The other medical conditions associated with RLS too are diagnosed for. Sleep apnea and RLS are closely linked, and there can be tests suggested to diagnose the same.

The treatment often begins with the treating of the underlying conditions. For instance, if iron deficiency is that what causes the condition, then treating it is the right approach. Iron supplementation pills that can be taken orally or intravenous supplementation are also on the cards. The doctor hence might require a blood test often to test the levels.

The lifestyle changes are required when there are no underlying causes diagnosed.

– Dopamine increasing medications: The levels of the chemical in the brain called dopamine can cause the RLS when imbalanced. Ropinirole (Requip), rotigotine (Neupro) and pramipexole (Mirapex) are prescribed by the doctors to improve the dopamine levels in the brain. These are approved by FDA and hence safe when administered by the doctors. It should be taken as prescribed. However, taking this can lead to nausea, lightheadedness, and fatigue for a short time. Daytime sleepiness, gambling and other impulse control disorders can be caused.

– Opioids: Narcotic medications too help. They can alleviate the symptoms that are even severe. But, the side effect is that it can make one addicted to them when taken in high dosage. Codeine, oxycodone (OxyContin, Roxicodone), combined with oxycodone and acetaminophen (Percocet, Roxicet), and combined hydrocodone and acetaminophen (Norco, Vicodin) are a few examples.

There are certain things one has to be cautious about these medications. The medications do not prove to be efficient at the very outset. For a few, a lot of trials might be required. At the initial stages, the medicines might prove to be very effective, but in the long run, they might stop working. The classic example is the dopamine increasing medicines. The patient might experience augmentation, where the symptoms come back again in the day. The doctor will have to find another source to fight the troubles.

Another problem with the drugs is that not most of them can be taken during pregnancy. To relieve the symptoms, one has to go for the self-care techniques. A few drugs are approved by doctors when the symptoms are worse during the last trimester of the pregnancy.

There are few lifestyle changes and home remedies that can work for RLS.

–  Baths and Massages: Massaging the legs gently can help come out of the sensation. Also, immersing oneself in the warm water can bring down the symptoms.

–  Proper sleep: Fatigue can cause RLS to go severe. One has to sleep for 8 hours in minimum in the right environment. Going to bed and rising at the same time daily helps a lot. Also cutting down mobile and computers when going to sleep helps in maintaining sleep hygiene.

–  Exercising: One has to engage in regular exercises. This helps in relieving the urge to move the legs. However, do not spend hours or do strenuous workouts for these can aggravate the symptoms.

–  Cutting off Caffeine intake: Restless legs can be at times because of too much caffeine intake. Any product that contains caffeine like beverages, chocolates should be avoided. So, it is not the coffee only causing the trouble. In fact, too much of coffee in the evenings can cause only sleep disorders.

–  Magnesium helped a group of people in ruling out insomnia, in people who suffered from RLS. This was in a study conducted during 1998 with a small group of people. Unless the doctor allows, this cannot be tried. This is because people with renal diseases can find magnesium intake worsening the condition. The studies prove that a low level of magnesium can be a cause of RLS. Nuts, whole grains and green leaves can be taken to compensate magnesium requirement.

–  It is essential to take enough. Keeping oneself hydrated helps in reduced symptoms.

What shouldn’t be done?

It is quite understandable that the patients cannot stay off from rubbing the legs with each other due to the Restless Leg Syndrome symptoms.  This must not be done, as it can aggravate itching. Especially, if you are diabetic, this is not going to help.

When RLS is diagnosed, quitting smoking and taking alcohol helps a lot. At least, reducing the intake at nights can reduce the symptoms. Even caffeine intake during the nights, or even after the evenings is not advisable. It is not good to stand still when travelling. Even sitting hours together is not recommended. Walk around a bit every now and then.

Preventing Restless Leg Syndrome is not possible 100%. This is because there are several reasons for this condition to occur. But, a few things can keep RLS at bay

–  Eat a properly balanced diet. Taking in enough nutrients help in keeping off iron and magnesium deficiency, the minerals that can cause RLS when is not sufficient in the body.

–  Ensure that sitting hours are reduced. Take a walk to the TV to change the channels, or do a small walk every now and then. During travels, ensure to get up or shake legs frequently. Even if not affected by RLS, these can help by improving the blood flow to the legs.

–  Do not take lots of caffeine. Also, alcohol and cigarettes should be used minimally, it cannot be stopped.

–  Exercise at least 4 times a week. This can keep off lots of troubles like obesity. Studies show that overweight people can be affected by RLS compared with people who are at the right weight.

–  Sleep right. Engage in a sleep pattern that is good for the health. 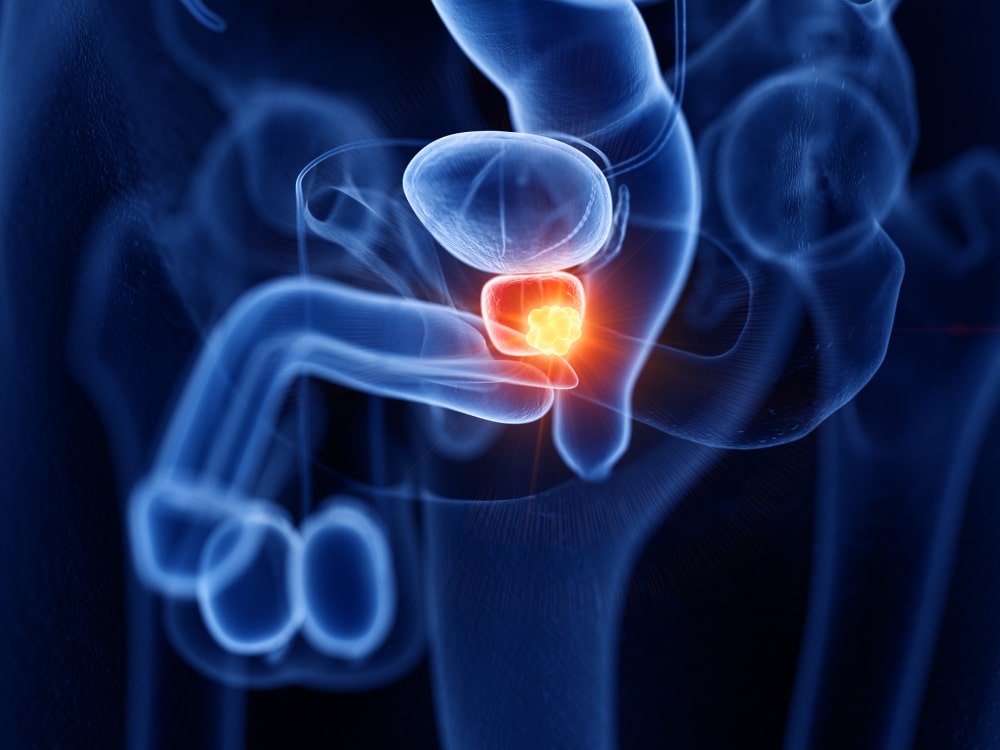 Prostate cancer is the most common cancer found in men. Cancer will affect the prostate gland which lies beneath the bladder and in front of the rectum. The prostate gland 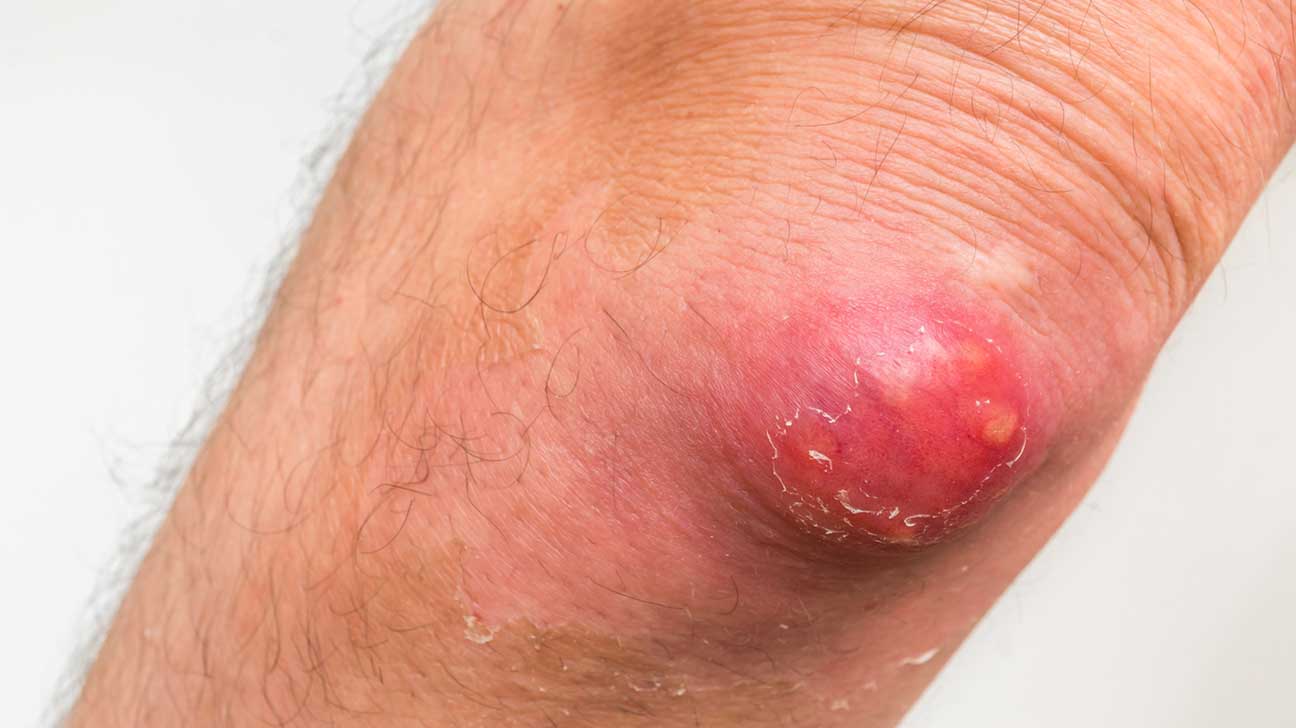 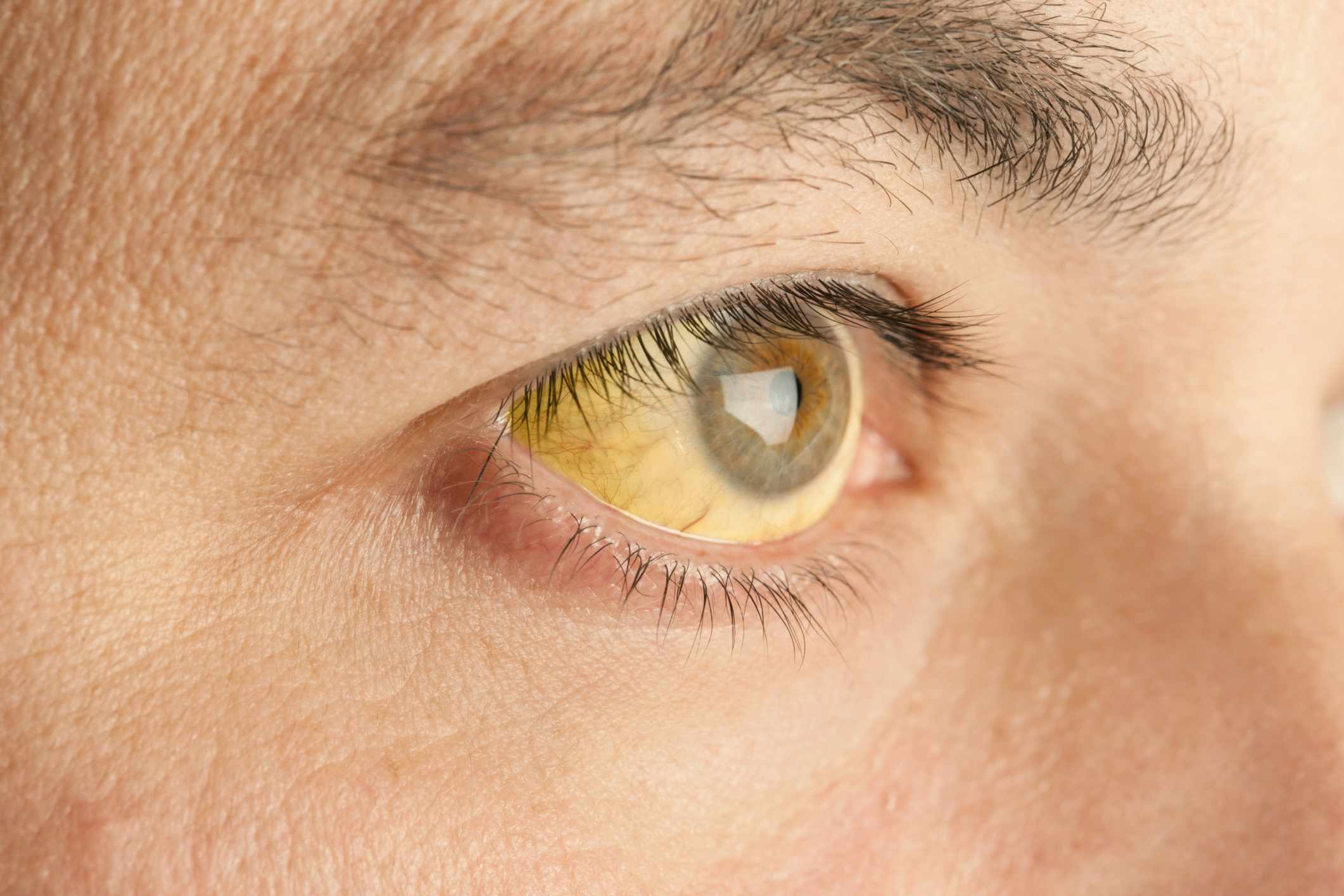 It is defined as a condition that occurs because of excess bilirubin (2.5-3 mg/dL i.e. milligrams per deciliter) in the blood. Bilirubin is a by-product produced because of the natural