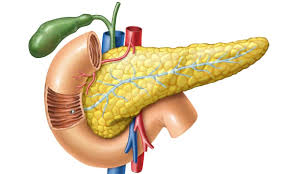 Pancreatitis is an inflammation in the pancreas which is an organ located behind the stomach’s lower part in the human body.

Acute Pancreatitis lasts for a shorter duration of time. It is the sudden inflammation of the pancreas in the human body. Acute pancreatitis is a disease where an individual has damage in their tissues, bleeding into the gland, get an infection and is also subject to the formation of a cyst. If this goes untreated, then it might also result in the harm of organs like lungs, kidneys and lungs. Acute Pancreatitis can cause mild discomfort and can also turn into a disease that is life-threatening.

–  The swelling of the abdomen region

–  Tenderness in the abdomen

–  Pain in the upper abdomen area. This pain radiating into the back of the body might be a strong symptom of Acute Pancreatitis.

–  Having a constant pain in the upper abdominal area that radiates into the back means that an individual might be having chronic pancreatitis. The abdominal pain might even be disabling in some individuals

–  In case the damage occurs in the cells that are responsible for the production of insulin, then it might result in diabetes.

–  The fat level in blood: high

–  Abnormalities in the hormones

–  Damage to pancreas due to injuries in the abdominal area

–  Intake of steroids and/or estrogens

The causes for this ailment are unclear but it is linked to being caused by the following:

–  Acute pancreatitis can be caused because of the presence of gallstones in an individual.

–  It can also be caused by high levels of alcohol consumption.

–  Certain medications and surgeries might also cause the disease.

–  If an individual has an autoimmune disease, trauma, certain infections, disorders of the metabolic system, they might be at a higher risk of developing Acute Pancreatitis.

The development of gallstones is more likely in the case an individual is overweight. So, excess weight can be reduced to reduce the chances of developing gallstone and further reducing the risk of developing pancreatitis. Engaging in physical activity on a daily basis will help one to reduce excess weight.

– Do not follow diets that promise immediate weight reduction

Weight reduction and becoming fit and healthy is a slow process and is not something you can achieve within a span of a few days or even months. It is a slow process that involves dedication to the cause. Crash dieting should be avoided. Following a crash diet could result in the liver to cause increased cholesterol production. This increases the chances of the development of gallstones that might cause Pancreatitis.

One of the major causes of the development of acute pancreatitis is gallstones. And, gallstones can form in case there is a high level of cholesterol that has been accumulated in the bile (a liver substance that aids in the process of digestion of fats). Eating healthy and the reduction of alcohol intake can avoid high levels of cholesterol. Avoid the consumption of foods with high fats and sugars and intake more vegetables, fruits and grains in your diet. A high dairy consumption should also be avoided. High levels of cholesterol and triglyceride can result in the increased risk of the development of acute pancreatitis. Eating more natural and healthy foods is a good way to make sure you stay ailment – free.

If you have not smoked yet, do not start! And, if you do, try to completely quit the intake of tobacco or at least reduce. Smoking is linked to causing acute pancreatitis through the development of gallstones. Quitting smoking might also result in the reduced chances of many other medical ailments, making you a healthier person; it also increases the life expectancy of an individual.

– Avoiding or reducing the intake of alcohol

If you have been diagnosed with Pancreatitis:

Once diagnosed, it is advised to start the treatment immediately as if it is left untreated, then it might progress and develop into EPI – Exocrine Pancreatic Insufficiency. You should make all the above lifestyle changes immediately to avoid it.

The X-ray will help check for any damages to the lung like a collapsed lung tissue and any accumulation of fluids in the cavity of the chest.

A physical examination is carried out by a doctor. They examine the abdominal area to see if any area is sensitive to touch. If any area in the abdomen is found to be sensitive when it is touched, then it might mean that the individual examined has acute pancreatitis.
What is the indication of acute pancreatitis?:
The muscle walls of the abdomen are rigid. Also, while the abdomen is being inspected with a stethoscope, then there might be no or less intestinal sounds.

The Magnetic Resonance Cholangiopancreatography scan is done to see the pancreatic ducts and the bile in a clearer way. This scan shows a more accurate and clear version than the CT scans and is specifically designed for diagnosing Pancreatitis.

An ultrasound scan is done on an individual to check the condition of their pancreas. It is a high-frequency sound wave that shows the pancreas and the surroundings on a monitor so that the doctor can examine it for irregularities.

A CECT scan takes several pictures of the area suspected to be affected from various angles. Then, they are placed in a way that a 3-dimensional image is produced so that scanning it for the disease is possible. This can also help in the determination of the collection of fluids in the gland and the number of changes in the gland’s density.

A blood test might also be done to check for pancreatitis. In case the levels of lipase and amylase are high in the blood of an individual, it means that they are suffering from pancreatitis. But, blood tests cannot be fully reliable as they might not show any signs of the disease if the tests are done in the first 2 days. In addition to this, the level of lipase returns to normal in 8 days to 14 days and the level of amylase return to normal within a matter of 3 days to 7 days.

This scan is an endoscopy that is inserted into an individual’s digestive system. Ultrasound is used to guide the endoscopy process. The Endoscopic Retrograde Cholangio – Pancreatography scan is also capable of find out the exact location of the gallstone.

In case the individual has diabetes, they are given insulin. In the case of a low enzyme level causing problems in the digestion process, artificial digestive enzymes would be prescribed. A painkiller as chronic pancreatitis can cause constant and a high level of pain. In case the individual has autoimmune pancreatitis, then they are given steroids. In the case of chronic pancreatitis, if the pancreas is damaged, then it can’t be reversed. So, medication is given for the purpose of reduction of the pain.

Endoscopy is done in order to get rid of any blockages pain is reduced. This process is also carried out to make sure the pain is reduced. The blockage is removed by inserting a flexible and long tube through the mouth of the individual to remove pancreatic stones. Then, stents are placed by putting in small tubes so that any leaks are closed and achieve an improved flow.

This treatment is only needed in severe conditions. The conditions being that an individual is not responding to the medication and has a severe level of pain. What the surgery does is that it removes a part of the pancreas in order to provide relief from the pain. The surgery is also capable of draining cysts and unblocking the pancreatic duct.

–  Chronic pancreatitis can progress to pancreatic cancer. Though the risk is low, some individuals might develop it.

–  This diseases can also cause pseudocyst. A pseudocyst is a collection of debris, blood, enzymes of the pancreas, tissue and fluids in the abdomen that is caused by any leaks of the digestive fluid that escaped from an irregular pancreatic duct. If these pseudocysts are infected, they might cause internal bleeding.

–  A case of chronic pancreatitis can take a toll on the mental health of the individual. They might develop depression, stress and/or anxiety. This is due to the constant pain caused by pancreatitis. To cope with this, the individuals can seek help from support groups and therapy.

–  It might also cause the failure of the lung or heart of the individual, leading to death if left untreated

–  Can cause pleural effusion

–  The pancreatic duct can have a leak

–  Can also cause Pseudocysts with the complications of an infection, haemorrhage and/or a rupture

Avoid heavy consumption of alcohol and fatty foods are one of the best ways to make sure your body and system are healthy and to avoid ailments like Pancreatitis. Treatment is extremely important in case of Pancreatitis as if left untreated, it can cause further complications.

Fibroadenoma or a benign breast lump is the state of occurrence of a tumor or lump in the breast of women. Although, many of its patients suffer from fear before 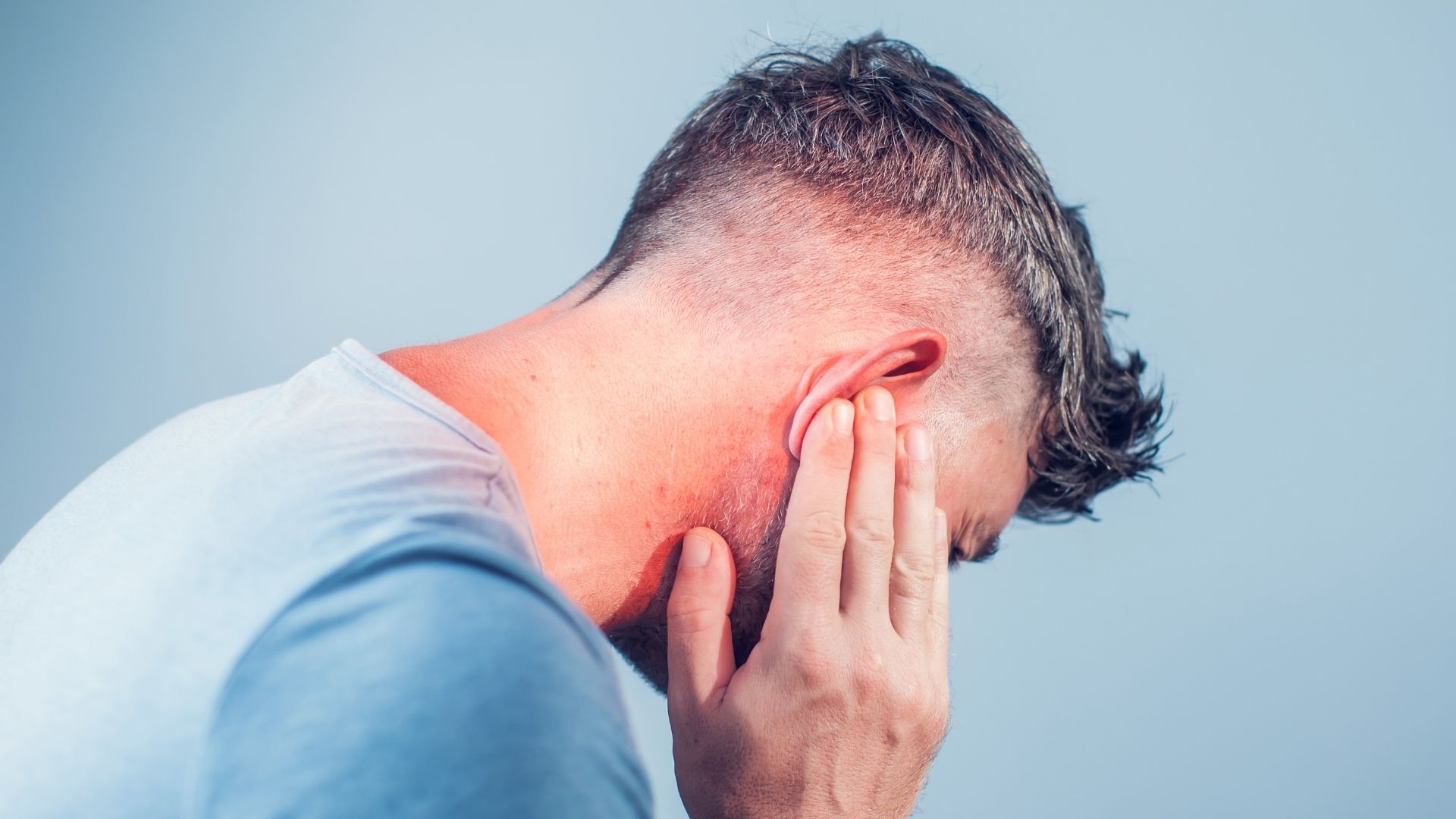 It is normal to get an earache when you are having an ear infection. This usually happens due to viral or bacterial infections inside the ear. It leads to inflammation 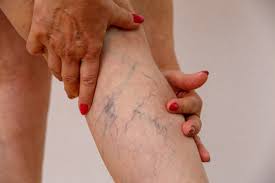 Thrombosis is a medical condition in which the blood clots in the blood vessels of the body. It could be an artery or a vein. Thrombosis is just the general