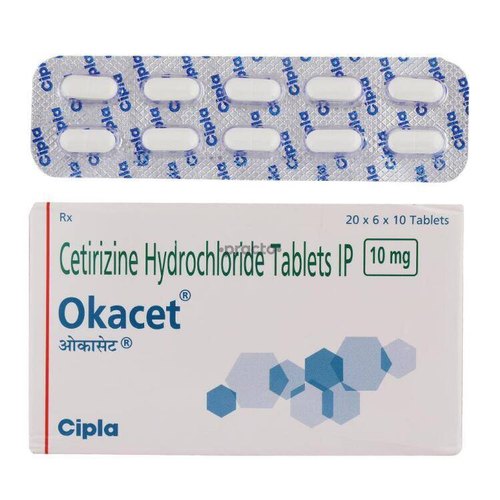 Okacet Tablet is an antihistamine that is used to provide relief from allergy symptoms, running nose, sneezing, itching, cold, eczema, watery eyes, and itchiness. The Okacet Tablet helps block or prevent an allergic reaction by suppressing the chemicals triggered by allergens and relieves one from a number of symptoms. It must be noted that this medicine helps provide relief from symptoms but does not treat the cause. The Okacet Tablet is available in the form of capsules, syrup, and tablets.

Uses and Benefits of Okacet:

Okacet is used to help improve, treat, control and prevent the following conditions, symptoms, and diseases.

Some of the uses of Okacet Tablet include:

Some of the common side effects of using Okacet Tablet include:

One must follow directions as instructed by the doctor. Ensure that one does not take more than the prescribed amount of medicine as it can be harmful. Also, do not take the Okacet Tablet for a duration longer than prescribed. The medicine can be taken with a meal or without one but follow what the doctor orders.

Since Okacet is a second-generation antihistamine it does not have many side effects. However, ensure that an overdose is avoided as it can cause side effects or other health complications.

Composition and Nature of Okacet:

Cetirizine is the active ingredient of Okacet Tablet. It belongs to the group of medicines called antihistamines. It is primarily used to treat and prevent allergy symptoms such as sneezing, running nose, watery eyes, and other disorders. Okacet is also used to treat itching and swelling caused by hives.

How does Okacet Tablet Works?

Okacet Tablet is effective in blocking histamines that are produced when an allergic reaction takes place. When the body comes in contact with specific allergens then the body reacts by producing chemical histamines. Histamine is the reason behind the symptoms observed during an allergy.

Once Okacet Tablet is consumed, it helps block these chemicals and provides relief from the symptoms experienced during an allergic reaction. It must be noted that his medicine does not prevent the allergic reaction though. The tablet of Okacet becomes effective within 30 minutes and the effects can last for 6 hours.

Precautions and Warnings – When To Avoid Okacet?

The precautions that need to be taken while taking Okacet include:

Some of the common substitutes of Okacet Tablet include:

Okacet is prescribed to treat the following:

Allergic Skin Conditions – It may be needed for short or long-term control of itching and rashes.

Okacet Interactions with Other Drugs:

A drug may interact with another drug, ingredient or disease and may cause effects that are different from the intended ones. Some of the drugs, ingredients, or diseases that Okacet reacts with include:

It belongs to the drug group called antihistamine which helps to relieve the symptoms like itchy watery eyes, sneezing, and hives. Basically it blocks histamine that the body generates at the time of an allergic reaction.

The Okacet suspension form needs to be taken orally. This medicine can be prescribed with other medicines too. You can take it after food or without it. It’s better to take it in the evening to prevent drowsiness in the daytime.

The Okacet dosage depends on the medical history of the patient and how the body of patient reacts after the first dose. Keep informing your doctor about your medical condition. It’s better to consult the doctor with certain conditions such as allergies, pregnancy, breastfeeding, kidney disease, or enlarged prostate.

Some of the serious side effects of the Okacet suspension form are listed below:

Keep it away from the reach of pets and children. Don’t freeze the medicine. Store the medicine in a cool and dry place.

1) How long does the effect of Okacet last?

Ans: The effect of the Okacet Tablet lasts for 24 hours.

2) How quickly does Okacet take to kick into effect?

Ans: Okacet Tablet takes an hour to take effect after the medicine is taken orally. However, if the medicine does not provide relief even after a day then one must consult a doctor.

3) Does Okacet Tablet provide relief from the common cold?

Ans: Yes, Okacet Tablet provides relief from the common cold. However, one must consult a doctor before taking this medicine.

4) Can Okacet Tablet be used along with antibiotics?

Ans: Yes, Okacet Tablet can be used along with antibiotics as there are no drug interactions mentioned.

Ans: No, Okacet is not recommended for the treatment of GERD. It is advisable to consult a gastroenterologist .

6) Is it safe to consume Okacet Tablet during pregnancy?

Ans: Okacet is considered relatively safe in pregnancy but, it is best to consult a doctor before taking this medicine.

7) Is Okacet a habit forming medicine?

Ans: No, Okacet is not a habit-forming medicine. Consult a doctor to know more about this.

8) Is it safe to consume Okacet while breastfeeding?

Ans: No, this medicine is not recommended to be used by breastfeeding women as it may cause side effects on the baby. Consult a doctor before taking this medicine.

9) Is it safe to take Okacet Tablet with alcohol?

Ans: No, it is not recommended to take Okacet with alcohol since it has a known drug interaction. Consult a doctor for a better alternative.

10) I took an overdose of Okacet Tablet. What do I do?

Ans: In the case of an overdose, one must consult a doctor at the earliest.

11) What are the side effects of Okacet?

Ans: Some of the serious side effects of Okacet are breathing problem, kidney problem, drowsiness, headache, nausea or vomiting, blurred vision, mood swings, dry mouth, and pain while urination.

12) What is the medicine used to treat?

Ans: Okacet is used to treat allergic symptoms such as runny nose, sneezing, watery eyes, and itching. It is also effective in treating swelling and itching caused by hives.

13) What is Okacet Tablet used for?

14) What are the effects of  Okacet on human organs?

Ans: Okacet can create a variety of effects including sleepiness, fatigue, and dizziness and it may affect the central nervous system as well. Patients with kidney disease and hepatic take this medicine under the doctor’s supervision.

15) What are the signs of allergic reactions reported by Okacet?

Ans: The allergic reactions caused by Okacet are shortness of breath, unconsciousness, skin irritation and swelling on lips, face and throat.

16) What are the pro tips while Okacet Tablet?

Ans: The best time to take the medicine is in evening or at night to avoid sleepiness of dizziness throughout the day.

17) How to store the Okacet medicine?

Ans: The  Okacet medicine should be kept in cool and dry place.

18) What are the medicines not be taken with Okacet?

Ans: Codeine and Alprazolam should not be taken with Okacet Tablet.

19) When the tablet of Okacet should not be used?

Ans: The medicine should not be used without doctor’s advice if the patient has severe renal problem, liver problem, and Hypersensitivity.

20) What is the active ingredient of Okacet Tablet?

Ans: Cetrizine is the active ingredient in the composition of Okacet. Check our Health ealth Packages to stay fit.

21) What are the available strengths and packages of Okacet?

Ans: It is available in the following strength and packages: 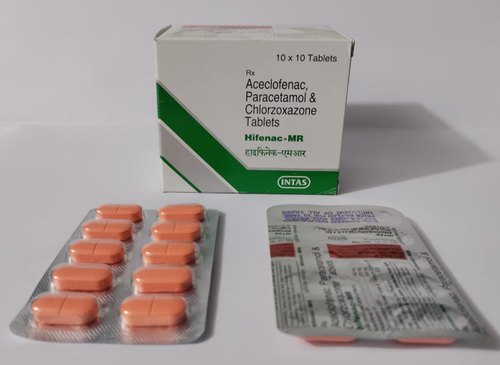 Hifenac MR Tablet is the best medication that aids in treating stiffness that causes due to the strain in muscles and sprains. It also reduces muscle pain and arthritis diseases 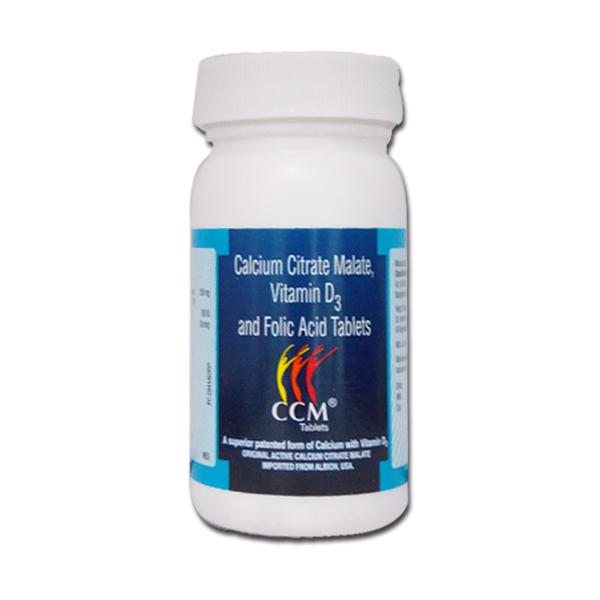 The CCM tablet is a dietary supplement that is especially recommended to people who suffer from calcium deficiency. It is available as an over-the-counter (OTC) product at pharmacists all across