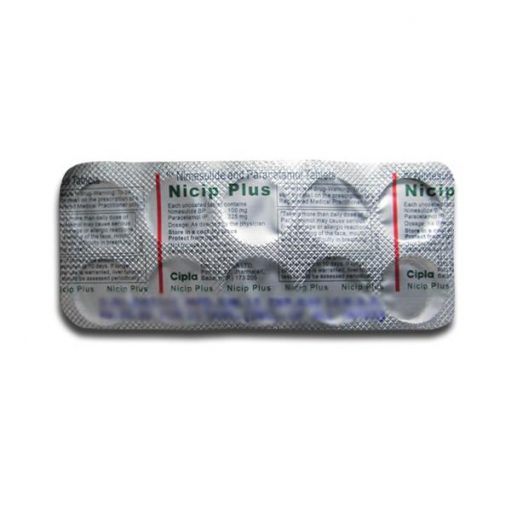 Nicip Plus tablet belongs to the category of Non-Steroidal Anti-Inflammatory Drugs (NSAID) and is used in the treatment of fever, pain, swellings due to inflammations, etc. The medicine is also recommended in the treatment of conditions such as Osteoarthritis and pain associated with mensuration.

The Nicip Plus tablet is manufactured by Cipla Ltd and is not an over-the-counter medicine. The medicine should be consumed only after consulting a doctor. Nicip Plus should not be given to children below 12 years of age.

The Nicip Plus Tablet works by blocking the synthesis of cyclooxygenase which further blocks the production of prostaglandins. Nicip Plus enhances the threshold of pain in the body and helps perspire by releasing heat from the body, helping in the relaxation of the patients eventually.

Uses and Benefits of Nicip Plus:

The Paracetamol present in the Nicip Plus Tablets helps reduce the temperature to a large extent and will give the patient relief from high fever. Although the Paracetamol in the Nicip Plus tablets only subdues the fever for a while, it is still worth taking the tablets as they can provide the patient with very quick relief. The Nicip plus tablets, however, are not used only in case of fever and headaches but Nicip Plus tablets are used in the treatment of several other conditions.

A few of the major uses of the Nicip plus tablets have been mentioned below:

Side Effects of Nicip Plus:

Here are the following things that you might be experiencing:

Common Dosage of Nicip Plus:

There is no specified instruction regarding the dosage of the Nicip Plus Tablets. It relies on your medical history and on your current health conditions. If you are very ill and you have extremely high temperatures, then you might have to take higher doses. However, please be very cautious about the dosage and never exceed the dosage that your doctor has already prescribed for you. It might prove to be very dangerous.

In case a Nicip Plus dose is missed, consume it as soon as you remember. However, if the time of missed dose is overlapping with the next dose; it is advisable to skip the missed dose and continue with the usual schedule.

In the case of Nicip Plus overdose, a doctor should be consulted as soon as possible. as it can lead to several side effects such as liver impairment, kidney impairment, heart disorder, and damage to the fetus if consumed by pregnant women.

Composition and Nature of Nicip Plus:

Nicip plus tablets are made up of different kinds of salts. These salts are helpful in fighting harmful bacteria in the human body and act as a catalyst for the white blood cells. The two main ingredients of Nicip Plus include the following:

The Nicip Plus Tablet is available in the following variants:

Nicip Plus tablet works by inhibiting the production of Cyclooxygenase (or COX2). It is an enzyme that is responsible for the synthesis of prostaglandins in the body. Prostaglandins result in inflammation, swelling, and pain of the joints. By inhibiting the production of cyclooxygenase (COX2), prostaglandins are also blocked. Therefore, conditions such as migraine pain, osteoarthritis, postoperative pain, rheumatoid pain, inflammation, menstrual pain, joint swellings, and fever are alleviated using this medicine. The drug prevents the production of all the enzymes or components that ignite the process of inflammation such as free radicals, histamine, proteolytic enzymes, cyclooxygenase, and prostaglandin. It also helps to relieve acute pain due to thrombophlebitis, ear infections, and dysmenorrhea. Nicip Plus reduces fever and reduces the growth of cancerous cells.  The medicine is proved to provide relief very quickly.

What is Nicip Plus prescribed?

The Nicip Plus belongs to the category of COX2 inhibitor, and assists by blocking prostaglandin. It is used for the treatment of the following conditions:

How to use Nicip Plus Tablet?

Nicip Plus Price in India:

Precautions and Warning Related to Nicip Plus:

The Nicip Plus tablets should be avoided at all costs if you are falling into the following categories:

There are other ways by which you can take care of your fever and your headache apart from using the Nicip Plus Tablets.

Some of the medicines recommended by a medical professional are as follows:

Other common methods include using Ayurveda therapy or by using homeopathic medicines. However, the process here is slow and it takes much more time. A doctor should be consulted beforehand.

Nicip Plus 100mg/ 325mg suspension belongs to the category of non-steroidal anti-inflammatory painkiller. The Nicip Plus Tablet works by blocking the production of Cyclooxygenase, which blocks the synthesis of prostaglandins in the body. Prostaglandin is the enzyme responsible for causing acute pain, inflammations, swelling of joints, etc. Thus, Nicip Plus is prescribed for clinical conditions such as menstrual cramps, migraines, back pain, fever, rheumatoid arthritis, fever, post-operative pain, and osteoarthritis.

Just like any other drug, the Nicip plus tablets can react to certain substances.

Please make sure that you are not consuming any of the following:

Few drugs become ineffective after interacting with other drugs or intensify the present condition and side effects. Thus, it is better to provide complete details of all the prescribed drugs, herbal supplements that are being consumed.

Some of the drugs that are known to interact with Nicip Plus are as follow:

If an individual experiences blood in vomiting, coffee colored dry blood in stool, chronic indigestion, ulceration, etc. a doctor should be consulted at early.

Consumption of alcohol should be avoided while consuming alcohol. If an individual consumes alcohol along with Nicip Plus, symptoms such as blood in stools or cough might be experienced. The condition should be reported to a medical professional.

Medicine that should not be consumed along with Nicip Plus Tablet:

How to store Nicip Plus?

How to store Nicip Plus:

Ans: Nicip Plus is a non-steroidal anti-inflammatory drug (NSAID). The medicine is found to be effective in providing relief from fever, inflammations, and pain including rheumatoid arthritis, osteoarthritis, menstrual cramps, etc.

2) Should I take the Nicip Plus Tablets if I am pregnant?

Ans: Paracetamol can be taken in certain dosages even if you are pregnant. However, if you are considering Nimesulide, then it is a strict no as it can cause harmful effects to the fetus. Nicip Plus should be avoided in the last trimester of pregnancy. Risks and benefits should be calculated after consulting a doctor, and medicine should be consumed only if the benefits outweigh the risks. Considering a suitable substitute for Nicip Plus, with less or no amount of Nimesulide is recommended.

3) Should I take the Nicip Plus if I am breastfeeding?

4) How long should I wait to see results?

Ans: Ideally, the Nicip plus tablets show results within 2 to 3 hours after the intake. For some, however, it might take longer. If the desired result is not experienced, then a health professional should be consulted; ask for either dose adjustment or any alternative of Nicip Plus.

5) Is the Nicip Plus Tablet addictive?

Ans: The Nicip Plus tablet is not addictive in any form. This tablet does not contain any addictive or controlled substances. However, it is always good to be safe and to stay away from an overdose. Self-medication should be avoided.

6) How frequently should Nicip Plus Tablets be consumed?

7) Is Nicip Plus recommended for fever and headache?

Ans: Yes, Nicip Plus can be used for fever and headache. But the medicine only subsides fever for some time and it doesn’t treat the cause. Hence, as the fever subsides the underlying cause should be detected. Also, a doctor should be consulted before consuming Nicip Plus.

8) Is it feasible to consume alcohol with Nicip Plus?

9) What precaution should be followed by heart patients?

10) Is there any specific food item to be avoided while consuming Nicip Plus Tablet?

Ans: There is no specific food item to be avoided while consuming the medicine.

11) Can Nicip Plus medicine be included in regular use?

Ans: No, the course of the Nicip Plus Tablet intake should not be more than 15 days.

12) What are the Side Effects of the Nicip Plus Tablet?

Ans: Apart from the intended effect, it comes with some undesirable effects as well. Some of the side effects experienced are mentioned below:

13) What is the Nicip Plus Tablet used for?

Ans: The Nicip Plus Tablet is used for inflammations and pain basically. Hence, the medicine is used for the treatment of following conditions:

14) How Nicip Plus Tablet should be used?

Ans: The Nicip Plus Tablet should be used as per the instruction mentioned on the leaflet or as per the prescription by a healthcare professional. The medicine is available in form of tablet as well as suspension. Swallow the tablet and do not chew. The syrup should be consumed after measuring with a proper cup.

15) Are there any medicines to avoid during the course of Nicip Plus?

Ans: There are few medicines that should be avoided while consuming Nicip Plus. Here is a list of the names of such medicines:

16) What is the Nicip Plus used to treat?

Ans: Nicip Plus Tablet contains Paracetamol and Nimesulide as its main ingredients. These drugs are found to be effective in providing relieve from fever, inflammations and pain. Here is a list of conditions that can be treated using Nicip Plus: 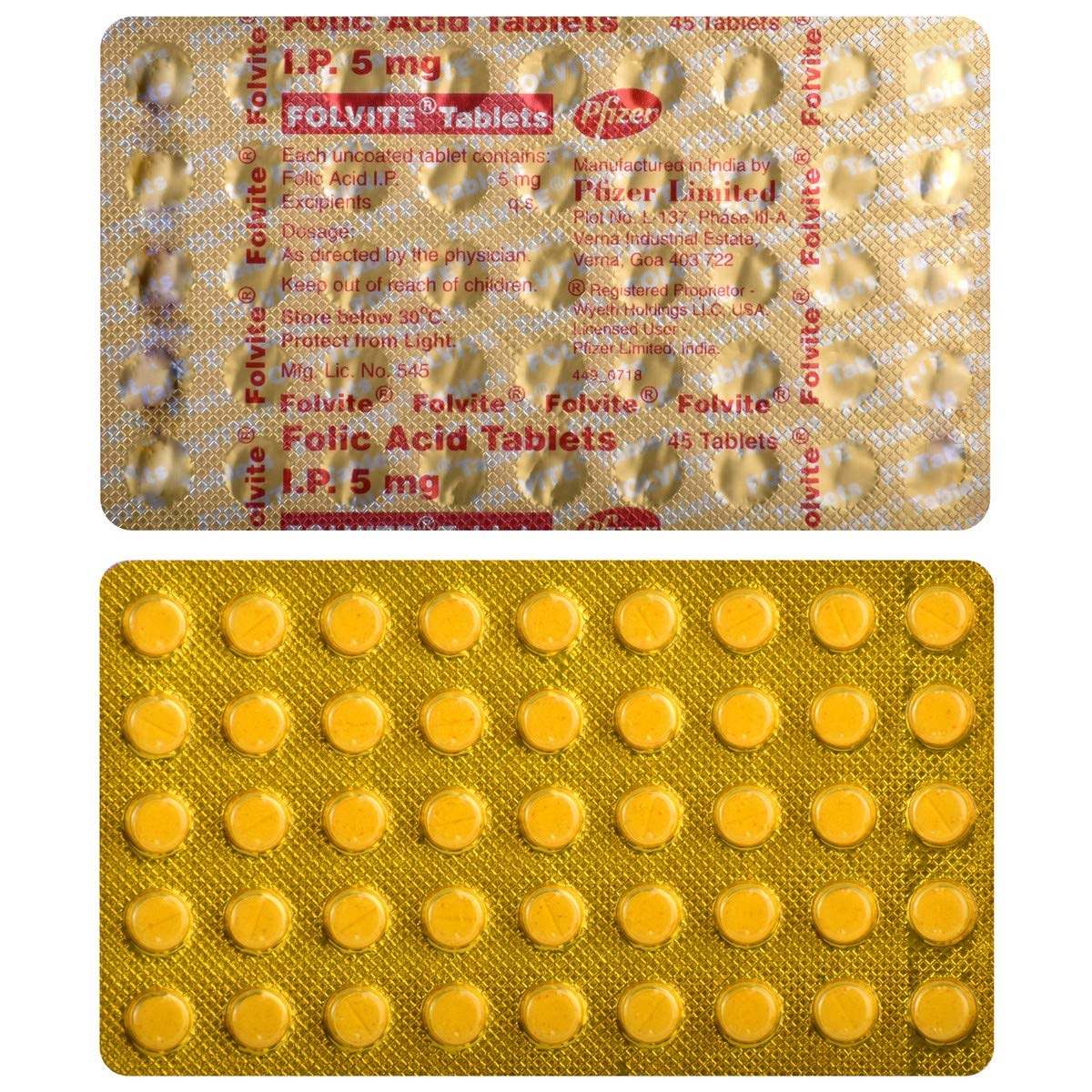 Folvite tablet is used for treating anemia which is caused due to deficiency of folic acid. Folvite is also used for the treatment of kidney dialysis, treating complications of liver 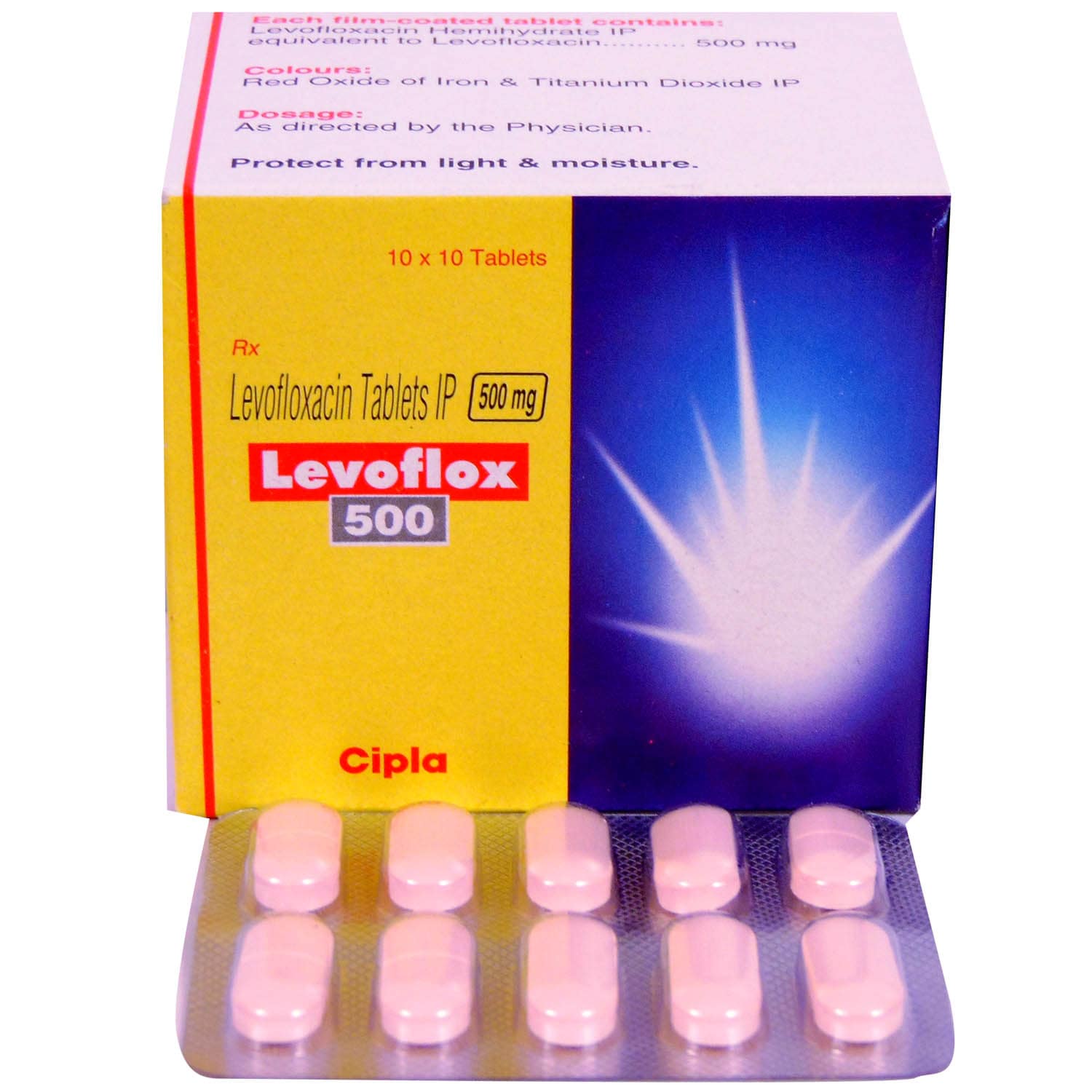 Levoflox 500 is an antibiotic medicine used against various bacterial infections, including Bacterial sinusitis, pneumonia, urinary tract infection and prostatitis. It is a broad-range antibiotic and a fluoroquinolone anti-bacterial drug 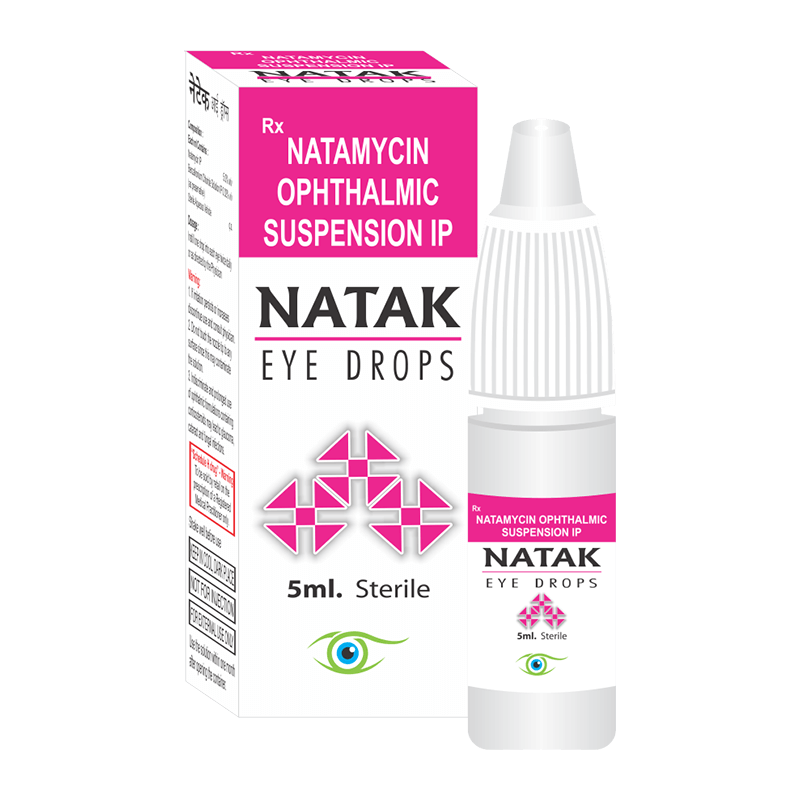