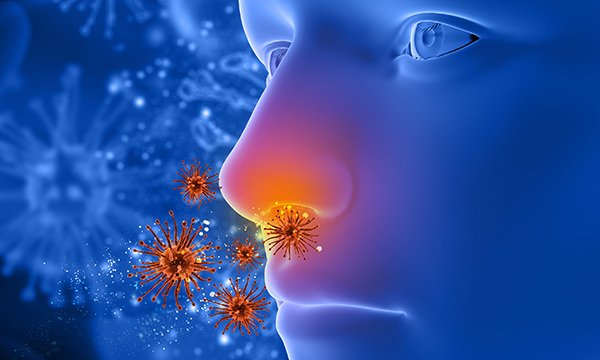 Hay fever is an allergic condition that is very common among people all over the world. Hay fever is also known as allergic rhinitis. The symptoms or signs of hay fever are very similar to those of chronic colds including sneezing, runny or stuffy nose and watering, and itchy eyes. It occurs due to an allergic response to indoor or outdoor allergens including pollen, saliva of dogs, cats, and other mammals with feathers or fur, dust mites, and small flecks of the epidermis. But hay fever does not occur due to a virus. Hay fever affects your efficiency at work or at home and can make your life miserable. The symptoms can annoy you sometimes. So, it is better to see top doctors online as soon as you experience the symptoms. This problem is more common during early fall, summer, and spring. This is a fifth common problem in the United States.

The symptoms can appear anytime throughout the year depending on the substance with which a person has an allergy. Though, it has been noticed that this problem is more common during the time of early fall, summer, and spring. If a person is allergic to pollen then the person will have severe symptoms when the count of the pollen is high. Check out various common symptoms of hay fever:

–  Runny, itchy, or blocked nose is common in hay fever.

–  You may have watery eyes due to hay fever.

–  Sneezing and itchy throat are the common symptoms of hay fever.

–  Sweats, loss of taste and smell, and headaches are some of the severe symptoms that a person may experience.

–  There can be facial pain due to blocked sinuses.

–  The other severe symptoms include itchiness developing from the throat to ears and nose.

–  There is a possibility that people may feel irritability, insomnia, and tiredness.

–  Asthmatic patients may feel more breathlessness and wheeze sometimes when the symptoms of hay fever are common.

Check out some of the common causes of hay fever:

–  Tree pollen is one of the seasonal factors of hay fever which generally occurs during early spring.

–  Hay fever can also occur due to grass pollen which is quite common in summer and late spring.

–  Hay fever can occur due to ragweed pollen which generally occurs in fall.

–  Some of the other seasonal factors of hay fever are cockroaches, dust mites, and dander from pet animals. These factors can cause you hay fever anytime throughout the year. The symptoms of hay fever due to indoor allergens get worse in the season of winter as it is the time when houses are closed.

–  Mold and spoors from outdoor and indoor fungi can lead to hay fever. There are both perennial and seasonal factors.

Once you have your doctor, he or she will conduct a physical examination and will ask you about your symptoms. You will also be asked about your medical history. The previous medical history helps your doctor to suspect allergens that might be a reason for your hay fever. Your doctor may recommend you to go for some tests in order to diagnose the problem. Skin prick test and allergy blood test are the tests recommended by the doctor for the diagnosis as per the requirement. You may have to undergo one or both of the tests.

– Skin prick test: A skin prick test is also known as a scratch or puncture test. Allergy specialists are well equipped in conducting skin tests related to allergies. In the skin prick test, a small amount of the substance that might cause an allergy is pricked into your skin to see an allergic reaction. It is generally done into the skin of your upper back or arm. If you have an allergy to that particular substance then you develop a hive at the place where the allergen was pricked.

– Allergy blood test: In the allergy blood test, a sample of blood is sent to a laboratory in order to measure the response of your immune system to a particular substance or allergen. It is also known as the radioallergosorbent test or RAST. This test helps to measure the number of antibodies in your blood causing the allergy. These allergy-causing antibodies are known as immunoglobulin E (IgE) antibodies.

It is not possible to prevent an allergy from developing. But there are some ways that help you to reduce your symptoms by reducing or avoiding exposure to various substances that might cause you an allergy. Check out these ways:

–  If it is pollen season then you should close your windows and doors.

–  In the pollen season, you should avoid handing laundry outside as there is a possibility that pollen can stick to your clothes.

–  When you are gardening or cleaning the house, you should wear a mask that prevents you from dust.

–  If you have a pet dog then you should give a bath him at least twice a week. It has not been proved yet if there is any benefit of giving a bath to cats.

–  You should keep the pet animals out of your bedroom and also off furniture.

–  Do not leave crumbs of food on the floors and counters as cockroaches can come.

–  You should keep the food in sealed containers including the food of pets.

–  You should spray insecticide used for killing dust miles and designed for use indoors.

–  Using an air conditioner in a car and house can reduce the chances of getting attacked by pollen or molds.

Over-the-counter medications can work if you are experiencing mild symptoms of hay fever. If your symptoms are severe then you may require prescribed medicines. A combination of medicines is generally taken to get relief from the allergy. Sometimes, you have to take a few medicines in order to know which works for you. If your child is experiencing the symptoms of hay fever then you must visit a doctor for the treatment of your child. All the medicines are not approved for children. Check various medications used in hay fever:

– Antihistamines: Antihistamines are medicines generally given in the form of pills. However, they are also available in the form of eye drops and nasal sprays. These medications are used for helping you with sneezing, running nose, and itching. But they have very less effective in case of congestion. Over-the-counter antihistamines medications include cetirizine (Zyrtec Allergy), fexofenadine (Allegra Allergy), and loratadine (Alavert, Claritin). Olopatadine (Patanase) and azelastine (Astelin, Astepro) are prescribed nasal sprays that help to relieve the symptoms related to nasal.

– Nasal corticosteroids: It is the first medication generally prescribed by the doctor. It is the most effective medication for hay fever. These are prescribed nasal sprays used for preventing and treating nasal inflammation. Triamcinolone (Nasacort AQ), fluticasone propionate (Flonase), budesonide (Rhinocort Aqua), and mometasone (Nasonex) are some of the examples of nasal corticosteroids. These are safe medications generally used by people for long-term treatment.

– Nasal ipratropium: If you are suffering from the severe problem of running nose then you should use ipratropium (Atrovent) as it prevents nose glands from producing inadequate fluid. It is ineffective for treating postnasal drip, sneezing, or congestion. There are mild side effects of this medication including nosebleeds, sore throat, and dryness.

– Oral corticosteroids: In case of severe symptoms of allergy, corticosteroid pills including prednisone are given. The long-term use of this medication can lead to various side effects including muscle pain, osteoporosis, and cataracts. That is why they are generally prescribed for a short period.

– Leukotriene modifier: Montelukast (Singulair) is a leukotriene modifier used to block leukotrienes’ action. It is effective for treating asthma induced by an allergy. It is generally used when affected people cannot tolerate nasal sprays and when they have asthma which is mild. The side effect of montelukast is that it can cause headaches. Sometimes it can lead to agitation, hallucinations, suicidal thinking, aggression, and depression though it is rare.

– Lack of sleep: The symptoms of hay fever can make you awake for a long time or make it tough for you to sleep. Poor sleep can lead to a feeling that you are not well or fatigued.

– Life quality reduces: Hay fever can create a lot of disturbance in your work and personal life as it reduces your efficiency and productivity. Hay fever keeps people absent from their work.

– Make your asthma worse: Hay fever can make the signs or symptoms of asthma worse including wheezing and coughing.

Check out various myths or misconceptions about hay fever:

Hay is the grass that has been dried and cut. Hay grass may have pollen grains and can also cause hay fever. But hay grass is definitely not the main reason for hay fever. The name hay fever may be given because the allergy generally peaks in the summer season when hay is developed.

It is true that honey helps your immune system. Eating honey would not do any harm but there is no surety that it will prevent your hay fever.

Hay fever is a common allergic condition. It is also known as allergic rhinitis. Sneezing, itchy throat, watery eyes, and runny, itchy, or blocked nose are some of the common symptoms of hay fever. On the other hand, facial pain due to blocked sinuses, itchiness developing from the throat to ears and nose, sweats, loss of taste and smell, and headaches are severe symptoms of hay fever. If the symptoms are mild then they can be treated with over-the-counter medications. If the symptoms are severe then you should see a doctor for proper treatment. A combination of medicines is used in order to relieve you from various symptoms of hay fever. It is not possible to prevent hay fever. But you can follow certain steps including avoiding exposure to substances that can create an allergy. Poor sleep reduces the quality of life, sinusitis and ear infection are some of the complications associated with hay fever. People have a lot of myths or misconceptions about hay fever. Hay is the reason for hay fever is one of the common myths. 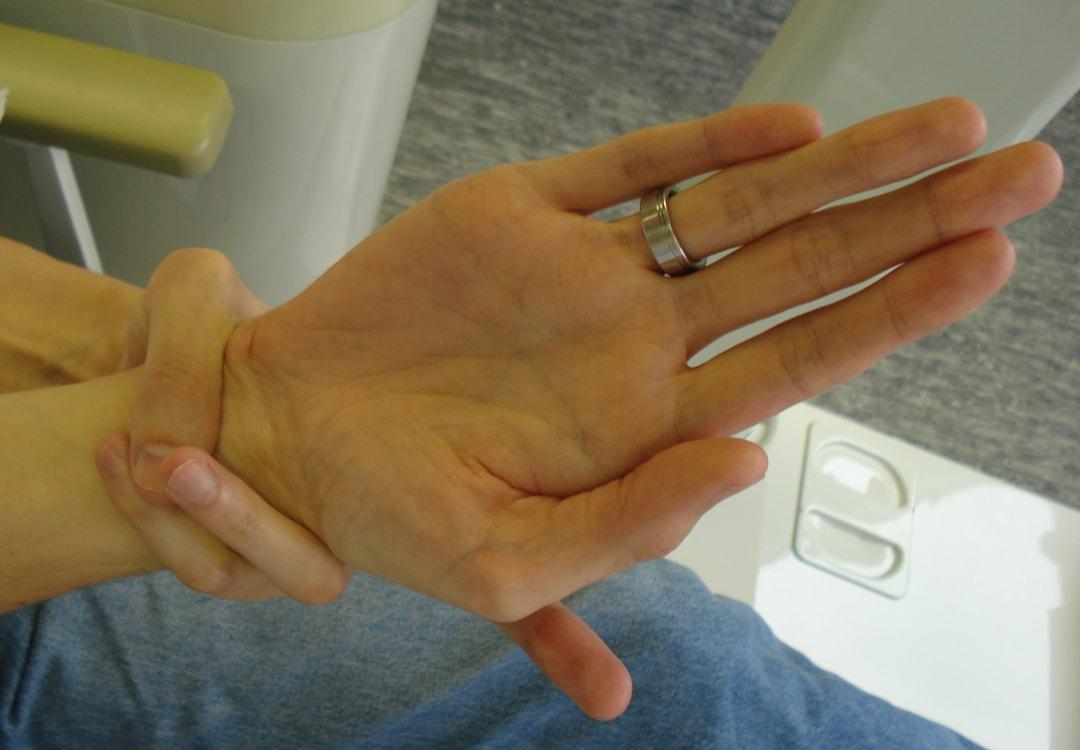 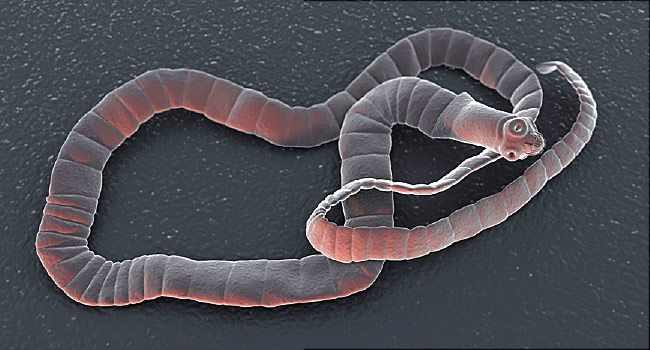 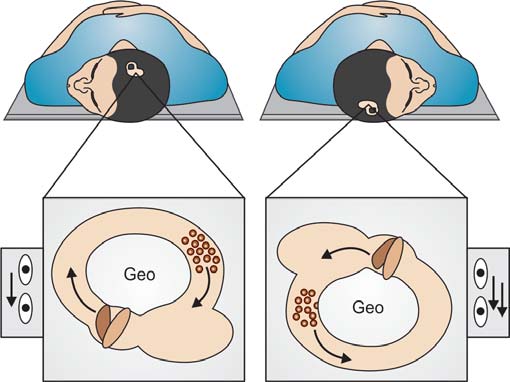 Benign Paroxysmal Positional Vertigo (BPPV) is the disorder that causes vertigo, which is the false sensation of the head’s spinning. The patient with BPPV may feel minor to severe faintness. BPPV