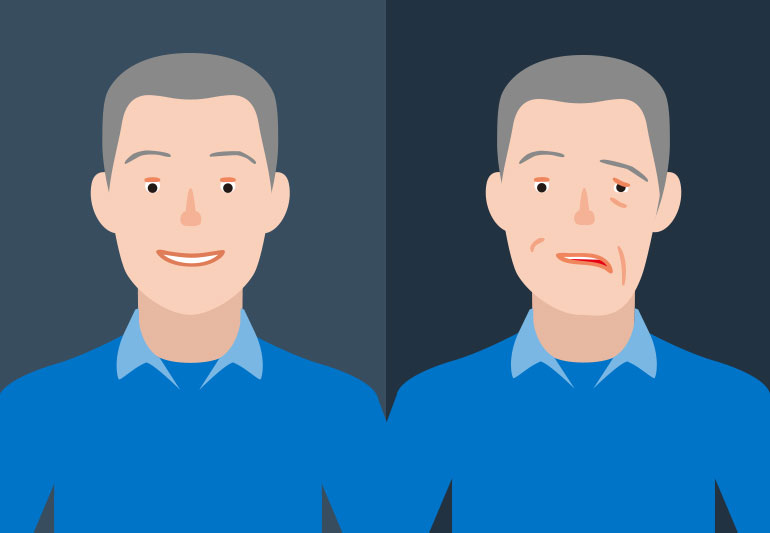 Facial Palsy is the condition in which the facial muscles of an individual get weaker, which may cause short-term to permanent damage. This will prevent them from receiving or sending signals between the facial muscles and the brain of the patient. Consequently, such muscles turn inactive and would become non-operational.

This produces a paralytic effect on a small to a big part of the face. The patients of this disease may observe difficulty in moving their eyes, mouth, nose, and other parts of their face. Additionally, they may also lose sensations on their face. The severity of facial palsy may differ for various patients. For instance, some patients may observe inactivity in only the lower part of the face, and for some, both sides of the face are impacted.

–  First degree, in which the facial nerves are temporarily damaged. The patient suffering from it recovers from the symptoms in around eight weeks from their occurrence.

–  Second degree, in which the damage to the facial nerves is a bit more severe than that of the first degree. The recovery in such cases starts from around four months of occurrence, which is graduated at the rate of around one millimeter every day.

–  Third-degree, refers to the severe damage to the facial nerves. The recovery in such cases is very much slow and may not complete even in several years or throughout life. At times, some surgery is required to stop further damage and restore facial functions.

In most cases, the symptoms of facial palsy are observed for the first time while waking up in the morning post the night’s sleep. The primary symptoms of this disease include losing control of the facial nerves. This, in turn, restricts you from opening, closing, or blinking eyes, smiling, and producing saliva on your own in the mouth.

Additionally, your eyes may not be able to produce tears and may appear dry. The lost control of facial nerves may also impact the muscles associated with the bones of the inner ear, which restricts the patient from hearing properly. Rest than these primary symptoms, the patient may also face some or all the following symptoms:

–  The feel of paralysis on the face

–  Weakness on either one or both sides of the face

–  Unable to close either one or both the eyelids

–  Reduced development of tears in one or both eyes

–  Dropping of various portions of the face, like a side of the mouth

–  Uncontrolled salivation from one or both sides of the mouth

–  Altered taste while eating anything

–  Intense sensitivity to sound in one or both the ears

–  Pain near to the ears

–  Mild to a severe headache along with the above symptoms

It is believed that such swelling or compression of facial nerves has resulted from some infection of viruses and bacteria. The following could be the various sources of bacterial or viral infections that may cause facial palsy:

–  Acquired Immune Deficiency Syndrome (AIDS) is caused by the Human Immunodeficiency Virus (HIV), which weakens the immunity of the patient

–  Sarcoidosis causes inflammation in various organs of the body

–  Shingles and chickenpox are caused by the herpes zoster virus

–  Mononucleosis caused by the Epstein-Barr virus

–  Lyme disease is caused by the bacterial infection

–  Respiratory diseases caused by the adenovirus

–  Mumps caused by the mumps virus

–  Surgery for removing the facial nerve tumour or acoustic neuroma

–  Surgery for operating the parotid gland

–  Trauma causing injuries like a fracture in the skull, or other injuries of the brain or face

–  Inborn disorders such as an irregular development of facial nerves and muscles, which may be adopted by the fetus in the womb due to multiple reasons

You may take some prevention measures to minimize the probability of developing facial palsy. Some of those are mentioned below:

–  Minimize the consumption of alcohol.

–  Quit smoking, as it produces stress, which may trigger the chances of occurring facial palsy in many individuals.

–  Avoid the food to which you are allergic.

–  Get your blood pressure checked on a regular basis.

–  Include fresh vegetables and fruits in your diet every day.

–  Get full-body health check-ups done at least once every year.

Facial palsy is an indication of a serious disorder. The sooner the treatment is started, the more changes are of quicker and complete recovery. So, whenever you observe any unexpected change in the ability to move your facial muscles, you must visit your physician immediately. The doctor will first physically examine your symptoms and try to assess the strength of your facial muscles.

The patient would be asked to perform a series of tasks to the best extent requiring movement of mouth and tongue. This gives the doctor an idea of the level of disability caused due to facial palsy. The doctor may also ask the patient to read and repeat some words and sentences. Rest than those, the muscles of the patient’s neck, head, and ears are also checked to identify if those are also impacted along with the facial muscles.

A post examining the symptoms, the recent medical history of the patient is also gone through for understanding if facial palsy is occurred due to some infection. The case may further be diagnosed by an otolaryngologist or the specialist of the ear, nose, and throat (ENT) disorders. Furthermore, one of the following investigations may be prescribed by the doctor to identify the root cause of facial palsy like Lyme disease, stroke, and more:

–  Electromyography (EMG), in which some electrodes are attached to the face of the patient. Those are further attached to a device that monitors the activity of the facial muscles through the transferred electrical signals. The test aims at identifying the extent of damage to the facial nerves. It also precisely determines the portion of the face, which is impacted by facial palsy.

–  Magnetic Resonance Imaging (MRI) scan in which radiological pictures are captured of the face and brain to identify if the symptoms are occurring due to stroke, tumour, or facial palsy.

–  CT scan of the face and brain, in which multiple X-ray pictures are captured in some stipulated time. The CT scan report identifies the abnormalities or inactiveness of the facial muscles of the patient.

–  Digital X-ray may be prescribed to the patient to understand if the symptoms are occurring due to some skull fracture.

The patients with first and second-degree facial palsy are recovered from the symptoms within one to six months depending on the intensity of the symptoms. The root treatment of this disease is based on an asteroid known as prednisolone. In case the disease is identified and consulted with the doctor within 72 hours, prednisolone may provide an effective and speedy recovery.

The patient is prescribed to consume two or more tablets of this medicine with food for the first few weeks. Depending on the progress, the physician may revise the dosage. Note that the patients may face lots of side effects while consuming prednisolone. Those, however, disappear within a few days from stopping the consumption of this medicine. Some of those side effects may include:

–  Pain in multiple parts of the body

–  Mild to an intense headache

–  Dizziness while getting up from the bed in the morning

–  The sensation on the skin

–  Swelling on the face

Other than prednisolone, your doctor may also prescribe you other anti-inflammatory medicines, like Advil and ibuprofen, to help relieve you from the symptoms. Rest then that, several treatment methodologies are followed to treat the symptoms locally. For instance:

–  Patients have been prescribed some medicine drops or ointment to put in the eyes for lubrication. Since the patients with facial palsy are unable to blink their eyes and the capability of producing tears is also reduced, the excessive dryness may damage their eyes. Such drops may produce artificial tears in the eyes of the patients when they are awake.

–  Some patients who could not close their eyelids while sleeping may use surgical tapes to shut those.

–  You may be prescribed specific exercises for strengthening the muscles of jaws, tongue, and mouth for quicker recovery. These exercises provide flexibility to the facial muscles and you would be able to tighten or relax those for performing various facial tasks.

–  Because of no sensation in some or whole part of the mouth, patients may face problems in eating and swallowing food. They are prescribed to eat very slowly and include soft foods in their diets like yogurt and juices till the time the symptoms persist.

–  If your speech is also affected, you may be prescribed ways to improve it. For instance, you may practice speaking a bit slower or to give pause in between sentences to have control over your speech.

–  The eyes of the patient may be damaged due to the excessive dryness that causes partial to complete blindness.

–  The nerve tissues may observe abnormal regrowth. This would prevent the patient from using several facial muscles correctly. Like while smiling, the eyes of the patient may get closed.

–  The pain persists forever in the case of third-degree. This may require the patient to consume painkillers and anti-inflammatory medicines throughout the life, which cause lots of side effects.

Most of the cases of facial palsy are of degrees one and two, which are recoverable. In some little cases, recovery is not possible.

Myth #2: There is no effective treatment for facial palsy.

The symptoms of facial palsy in most cases could easily be treated by medicines and other therapies.

Myth #3: The only cause of facial palsy is a stroke 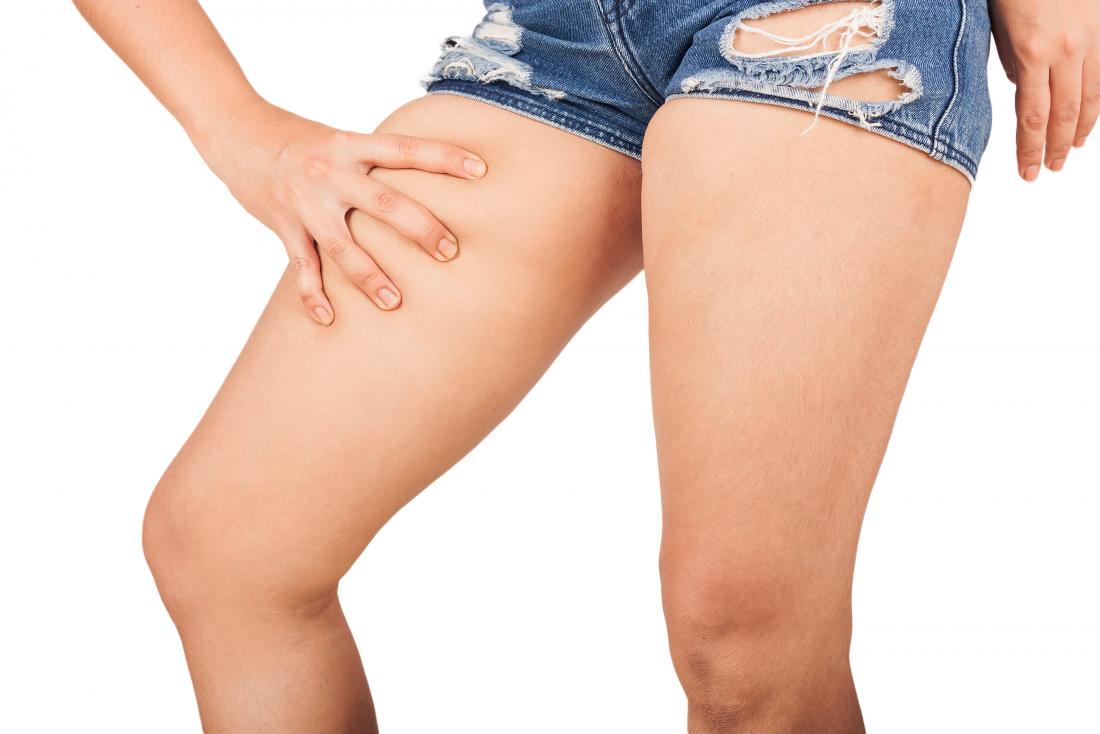 Chaffing stands for the irritation of the skin caused by the repetitive friction, it is usually generated because of the skin to skin contact of different body parts. Chaffing usually 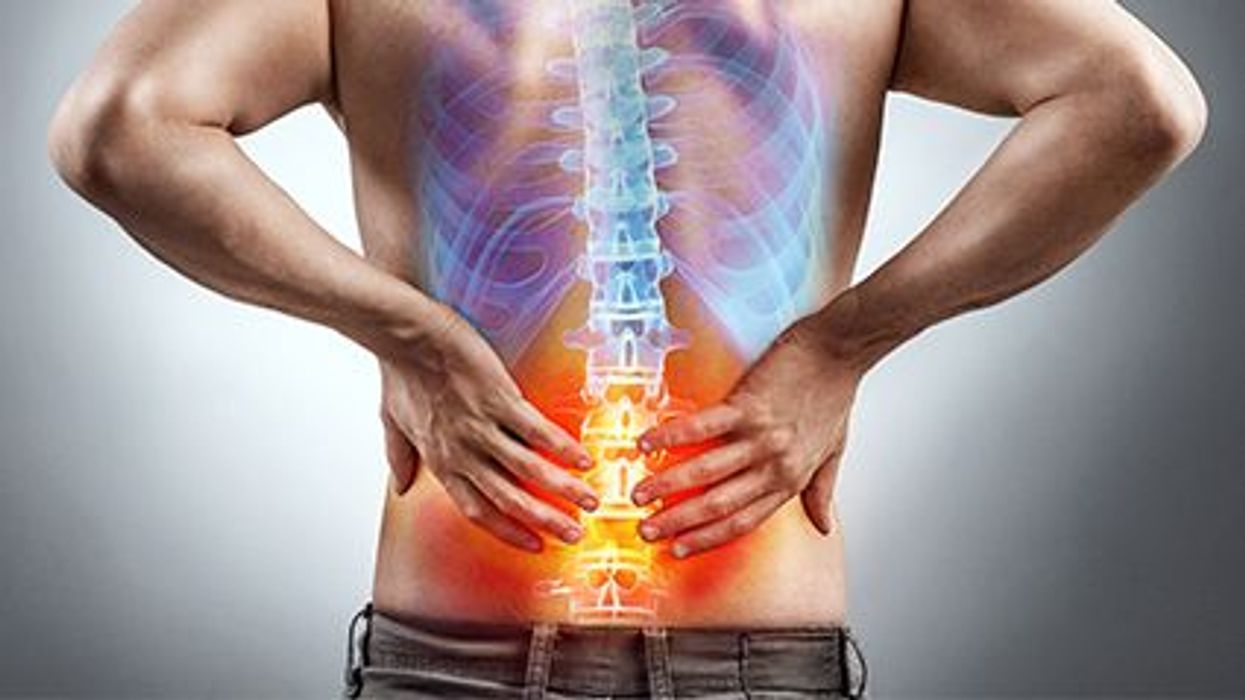 Back plays a very important role in the human body. It is composed of a complex structure of muscles and ligaments that supports the body and enables us to stand,