Enzoflam tablet is a combination of three types of medicines; Diclofenac, Paracetamol, and Serratiopeptidase. It is prescribed to patients for pain relief. Conditions such as headache, mild migraine, joint pain, muscle pain, period pain, osteoarthritis, dental pain, and rheumatoid arthritis.

Enzoflam consists of three types of medicines such as Diclofenac, Paracetamol , and Serratiopeptidase. Diclofenac comes under the class of non-steroidal anti-inflammatory drug (NSAID).  Paracetamol comes under the antipyretic class of drugs which is used as fever reducer. Both Paracetamol and Diclofenac work together by inhibiting the release of chemicals in the brain which are responsible for inducing pain and fever. Serratiopeptidase is an enzyme based medicine which works by breaking the proteins formed at the site of inflammation, thus promoting healing.

Enzoflam is primarily used as a pain reliever. Other conditions for which Enzoflam is used are described below.

Bursitis is a condition which affects the joint and induces extreme pain in the joints. There are fluid filled sacs known as bursae which act as cushion between joints, bones, muscles, and tendons. Inflammation of sacs is known as bursitis. Patients such as symptoms such as pain, tenderness, swelling, and fever are prescribed Enzoflam.

Tendinitis is a term used for irritation or inflammation of tendons (- thick fibrous chord that joins the muscle with the bone). This condition induces pain and tenderness outside the joint. It commonly occurs in shoulders, elbows, wrists, and heels. Common symptoms include pain; dull aches, tenderness, and mild swelling are treated with Enzoflam.

Rheumatoid Arthritis is a chronic inflammatory disease that primarily affects joints. However, it might affect other body parts as well such as eyes, lungs, and heart. This occurs when the immune system mistakenly attacks the body tissues. Patients showing symptoms such as swelling, pain, and stiffness in joints are prescribed Enzoflam tablets.

Osteoarthritis is a joint inflammation disorder that is caused due to cartilage degeneration. It usually occurs due to aging, hereditary, and injury. Enzoflam tablets are prescribed to patients when they show symptoms such as swollen joints, stiffness in joints, and joint creaking. Enzoflam helps in getting relief from the symptoms.

Dysmenorrhea means “difficult monthly flow” in its literal translation. Dysmenorrhea is caused by the presence of prostaglandins in excessive levels. The pain is the result of release of these hormones when the lining sloughs off during menstrual period. Symptoms include nausea, vomiting, headache, fatigue, and light-headedness. Enzoflam helps in providing relief from these symptoms.

It is a type of arthritis that affects the spine. In this condition, the vertebrae (bones of the spine) fuse together which results in rigid posture. Patients showing symptoms such as pain and stiffness from neck down to lower back are prescribed Enzoflam Tablets.

Side Effects of Enzoflam Tablet:

Side effects usually occurs when the medicine is not consumes in correct doses or as per the recommendation of the doctor. Any side effect observed should not be taken lightly and immediate medical attention should be taken.

A missed dosage should be taken as soon as you remember. However, if it is almost time for your next dosage, you should skip the dosage. Additional medicines should not be taken to match the missed dosage.

Enzoflam tablets should be taken in the dosage and duration as advised by the doctor/physician. The medicine should be swallowed as a whole. Do not bite, chew or crush the tablet. It is intended to be taken with the food.

Enzoflam is a combination of Diclofenac, Paracetamol/Acetaminophen, and Serratiopeptidase. This medicine is used as a pain reliever. Diclofenac is a type of NSAID drug i.e. Non-Steroidal Anti-Inflammatory Drug. Paracetamol/Acetaminophen is an antipyretic which works as a fever reducer. Together they work by blocking the release of certain chemical messengers in the brain that are responsible for inducing pain and fever. Serratiopeptidase works by breaking down the proteins abnormal in nature present at the site of inflammation, and promotes healing.

Substitutes for Enzoflam are mentioned below:

If you take more than one medicine, or mix your medicine with certain food items or beverages, you are at a constant risk of drug interactions.

1) Is it safe to consume enzoflam when pregnant?

2) Is it safe to consume enzoflam tablet when breastfeeding?

Ans: Enzoflam constitutes of three medicines; Diclofenac, Serratiopeptidase and Paracetamol. They are all safe to consume but with doctor’s advice.

3) Is Enzoflam recommended for joint pain and toothache?

Ans: Yes, Enzoflam is commonly prescribed for both joint pain and toothache. However, one should practice caution and only consume this medicine after consulting with the doctor.

4) How long does it take for enzoflam tablet to show results?

Ans: It has been observed clinically that usually Enzoflam takes 1 day to show improvement in the condition of the patients. However, this may differ from patient to patient depending upon the condition and the dosage of the medicine.

5) What is the frequency at which one should consume enzoflam tablets?

Ans: The most common frequency is reported as twice a day and once a day. It differs from patient to patient and the condition of the patient.

6) Should enzoflam tablet be consumed empty stomach, before food or after food?

Ans: Generally Enzoflam is consumed after food. However, this is not reflective of how you should consume this medicine. Medicine should be consumed as per the advice of the doctor.

7) Is it safe to drive, or operate heavy machinery when on medication?

Ans: If you are experiencing dizziness, drowsiness, or headache after consuming Enzoflam, it is advised not to operate heavy machinery or drive a vehicle. Similarly, if you experience low blood pressure after consuming Enzoflam you should avoid driving or operating heavy machinery. It is also advised not to drink alcohol with the medicine as it may induce drowsiness.

8) Is this medicine addictive?

Ans: Usually medicines are manufactured with properties of addiction or drug abuse. Medicines that are addictive are categorized as controlled substances. Make sure to check the packaging of the medicine to ensure that the medicine does not belong to any such category. While modern medicine has made it extremely convenient to treat and prevent diseases with the ingestion of a few pills, there is such a thing as popping one too many 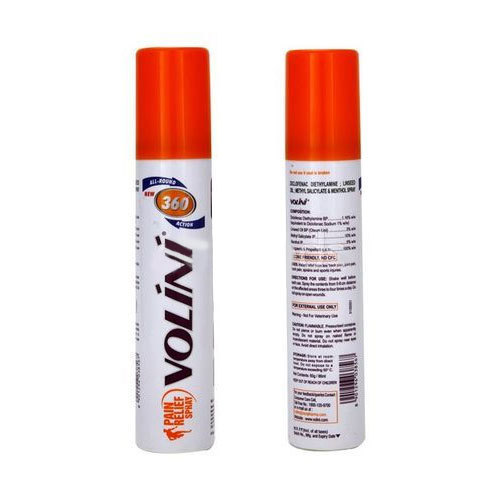 Methylcobalamin is the scientific name for the drug supplement of Vitamin B12, which is a naturally occurring nutrient in the human body. Vitamin B12 plays a pivotal role in regulating