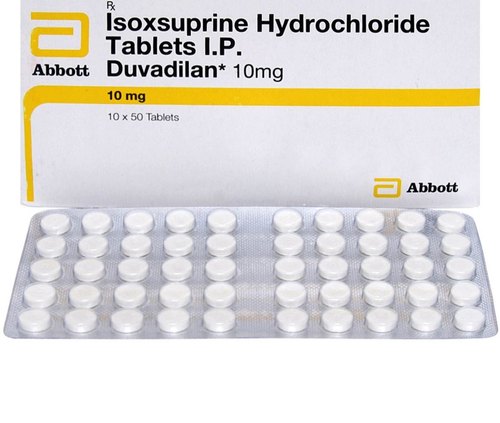 Manufactured and marketed in India by Abbot India Limited, Duvadilan is a prescription medicine that belongs to the class of drugs known as ‘peripheral vasodilator’. The medicine contains Isoxsuprine as its active ingredient. Duvadilan is available in market in form of tablets, capsules and injections.

Duvadilan is primarily used to widen the blood vessels to treat poor blood circulation. It is prescribed to treat peripheral vascular diseases such as Buerger’s Disease (inflammation of small blood vessels in the legs, leading to gangrene if untreated), Raynaud’s Disease (numbness in cold temperatures or due to extreme stress, leading to vasospasms) and Arteriosclerosis.

Duvadilan is a medicine that belongs to the class of drugs known as ‘peripheral vasodilators’. Each tablet contains 10 mg of Isoxsuprine as the active ingredient. Depending upon the variant, the concentration of Isoxsuprine may vary.

Duvadilan is a peripheral vasodilator that is primarily used to widen the blood vessels to increase the blood flow. It is used to treat Peripheral Vascular Diseases. These are the circulatory conditions in which narrowed blood vessels result in poor circulation of the blood. The vessels are narrowed due to fat deposition or calcium build up in the walls of the arteries. Buerger’s Disease, Raynaud’s Disease and Atherosclerosis are a few types of peripheral vascular diseases.

Duvadilan may also be used to treat a few other conditions such as:

Duvadilan is a safe drug to consume. However, in certain cases, it may show some side effects. The side effects include:

The patient should administer Duvadilan Tablets in accordance with the instructions prescribed by the doctor. The dosage may vary with the severity of the ailment to be treated. A few other factors that help in deciding the dosage are the BMI of the patient, age of the patient and other underlying health concerns.

Duvadilan is a peripheral vasodilator that contains Isoxsuprine as its active ingredient. The medicine works as a beta-adrenergic receptor agonist. It dilates the blood vessels and relaxes uterine and vascular smooth muscle to increase the blood flow in the peripheral parts of the body.

How to Use Duvadilan Tablet?

Duvadilan Tablets should be consumed as per the prescription of the doctor or the patient should follow the directions prescribed on the label. One must not increase or decrease the dosage without consulting a doctor. It is advised to swallow the tablet as a whole, without chewing, crushing or breaking it.

The absorption of Duvadilan is not influenced by food and thus can be consumed with or without food, as advised by the doctor. However, to prevent any undesirable effect, especially in patients suffering from gastric disorders, it should be taken with food or immediately after food.

How is Duvadilan prescribed?

Duvadilan is a peripheral vasodilator drug that is primarily used to widen the blood vessels and treat poor blood circulation. Doctors usually prescribe this medicine to treat Peripheral Vascular Diseases such as Buerger’s Disease, Raynaud’s Disease and Atherosclerosis.

It may also be prescribed to treat premature labour pain and night cramps. The medicine may also be used in patients with a past history of miscarriages to significantly reduce the chances of abortion.

A few points that should be taken into consideration before consuming Duvadilan 100 mg Tablets are:

Duvadilan substitutes and their manufacturers are noted below –

Mixing two or more medicines may change how the drug works and may increase the risk of side-effects. A few drugs that may interact negatively with Duvadilan are:

Interaction of Duvadilan 10 mg Tablets with alcohol is not known. However, when taken along with alcohol, the medicine may not show the desired results. Hence, it is advisable to discontinue the consumption of alcohol during the course of treatment.

Duvadilan should not be consumed in case of:

Variants of Duvadilan are:

Medicines That Should Not be taken with Duvadilan 10 MG Tablet:

Taking Duvadilan Tablet in combination with other over the counter medicines, herbal medicines or vitamin supplements may increase the risk of side effects. A few drugs that should never be taken with Duvadilan Tablets are:

How to Store Duvadilan 10 MG Tablet?

Duvadilan Tablets should be stored in a cool and dry place away from direct heat and sunlight. The packaging of this medicine must be kept intact in order to maintain its effect when being administered. One must keep the medicine away from the reach of children and pets.

1) What is Isoxsuprine hydrochloride or Duvadilan?

Ans: Duvadilan causes the widening of blood vessels and causes relaxation of the uterine and smooth muscles. It is a vasodilator.

2) What is Duvadilan used for?

3) What is the treatment cost of Duvadilan?

Ans: Cost depends mainly on two factors – dosage and duration. However by normal standards the therapy is not expensive. The exact per tablet price can be had from the packaging box.

4) Is Duvadilan safe during pregnancy and lactation?

Duvadilan is safe for use during lactation.

5) What is the effect of Duvadilan on the kidney or the liver?

Ans: Very limited information is available for its use in ailing liver or kidney patients. Your Doctor is the best judge to prescribe Duvadilan after knowing such conditions.

Ans: No. It is not habit forming. Long-term use is not advisable unless your Doctor thinks it is necessary.

4) What are the possible side effects of Duvadilan?

Ans: Duvadilan is a safe medicine that shows no major side effects. However, it may show certain mild side effects such as dizziness, weakness, pain in abdomen, nervousness, irregular heartbeat and flushing.

5) Can I drive or operate heavy machinery post administering the Duvadilan Tablet?

Ans: No. Duvadilan Tablet has been reported to cause drowsiness and dizziness in certain cases. Hence, it is advised to avoid driving or operating heavy machinery during the duration of this medicine.

6) Can Duvadilan be consumed during pregnancy?

Ans: Yes, Duvadilan can be consumed during pregnancy. In fact, it is prescribed to treat premature labour pain. However, pregnant women should never consume this medicine without consulting a doctor.

Ans: Effect of Duvadilan on the quality and quantity of breast milk is not known. Hence, it is advised that the nursing mothers should avoid the use of this medicine. However, for case-specific recommendations, one must consult a doctor.

8) Should Duvadilan be taken with food or without food?

Ans: Absorption of Duvadilan is not influenced by the food. Hence, it can be taken with or without food, as advised by the doctor. However, to minimize the risk of gastric disorder, one should consume this medicine after having a meal.

9) Can I get Duvadilan Tablet without a prescription?

10) How should Duvadilan be stored?

Ans: Duvadilan should be in a cool and dry place away from direct heat and sunlight. It should be kept away from the reach of children and pets. Also, the packaging of this medicine must be kept intact in order to maintain its effect when being administered.

11) Can I stop taking Duvadilan Tablet if my symptoms are relieved?

Ans: No. You should continue taking Duvadilan Tablet for the specific duration for which the doctor has prescribed the medicine. However, if your symptoms are relieved, you must consult a doctor before discounting the use of this medicine.

12) How does Duvadilan work?

Ans: Duvadilan works as a beta-adrenergic receptor agonist. It dilates the blood vessels and relaxes uterine and vascular smooth muscle to increase the blood flow in the peripheral parts of the body.

13) Is Duvadilan addictive in nature?

Ans: No, Duvadilan is not addictive in nature. Although Duvadilan shows no habit-forming tendency, one should consult a doctor more about the nature of this medicine.

14) I am suffering from haemophilia. Can I consume Duvadilan?

Ans: No, Duvadilan should not be administered by patients suffering from any kind of bleeding disorder. Doing so may worsen the condition of the patient.

15) What medicines should be avoided during the course of treatment with Duvadilan?

Ans: Medicines that should never be consumed with Duvadilan are Tizanidine, Antihypertensives and Antipsychotics.

16) Can I consume alcohol during the course of treatment with Duvadilan?

Ans: Interaction between Duvadilan and alcohol is not known. However, when taken along with alcohol, the medicine may not show the intended results. Hence, it is recommended to discontinue the consumption of alcohol during the course of treatment.

17) What should I do in case I missed a dose of Duvadilan?

18) What should I do in case I took an extra dose of Duvadilan?

Ans: Ideally, you should always take Duvadilan in accordance with the prescription of the doctor. One should refrain from taking an overdose as it may show serious side effects or drug toxicity. However, if an overdose is taken accidentally, you must rush to a doctor to seek immediate medical attention.

19) Is there any substitute for Duvadilan 10 mg Tablet?

20) Can Duvadilan be administered to children?

Ans: No. The safety and effectiveness of Duvadilan tablet have not been established in case of children and infant and hence, it should never be administered to them. 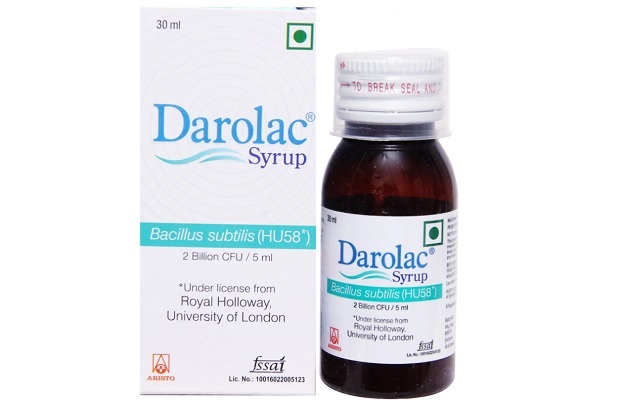 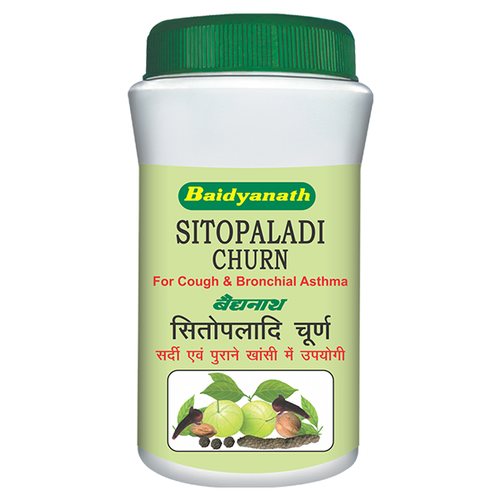 Sitopaladi Churna is an ayurvedic medicine used for treating respiratory disorders, cold and cough, and pneumonia. It helps in improving appetite and fighting seasonal allergies. It is made from Pippali, Folitrax 7.5 mg tablet is a medicine that aids in treating various life-threatening diseases such as Psoriasis, Rheumatoid Arthritis, different types of cancers, and more. This medicine helps in treating