Dulcoflex 5 MG Tablet are usually prescribed as stimulant laxatives. They provide relief in a situation where the patient is constipated. As extreme constipation may cause damage and tear the nerves around the anus, Dulcoflex enhance bowel movements, in order to have a smooth bowel movement.

It should only be taken on prescription and in cases of constipation ranging from mild to severe in intensity, or during irregular bowel movements over a specified period.

Dulcoflex 5 MG Tablet is simply used in order to treat or prevent conditions such as the follows:

Like any other medication, one may experience side effects upon ingesting normal doses of this medicine. Side effects may range from ordinary and mild to severe, depending upon the individual’s own bodily systems and conditions, or allergies.

The manageable side effects of Dulcoflex 5 MG Tablet involve pain or discomfort in the abdominal area, abdominal cramps within short time of ingesting the medication, vomiting, diarrhea and strong nausea. Your physician or doctor may be easily able to help counter these reactions to this medicine.

The more severe side effects of this Tablet, are not very likely to occur if taken with precaution and according to prescription. Yet, if the patient observes symptoms like allergic reactions, blood in the stool , rectal pain, severe diarrhea, fatigue, irregular heartbeat or dizziness, immediate medication is recommended and it would be safer to approach the doctor as soon as possible. Even in case the milder reactions or side effects stay over a prolonged period of time, it would be advisable to contact a health care agency or specialist to tend to the symptoms.

In case of constipation, the prescribed dosage for adults and children over 12 years of age is generally 5 mg to 10 mg per day. For children between 6 to 12 years of age though, it is advisable to take 1 tablet orally.

Dulcoflex 5 MG Tablet should be swallowed as a whole and not supposed crushed, broken or chewed. It is also important to keep in mind that dosage per person may vary according to age, weight, gender or other conditions. It is best to stick to the doctor’s prescription of the said medication than to simply follow the general guidelines.

The major constituent of Dulcoflex 5 MG Tablet is Bisacodyl. This medication causes simultaneous relaxation of bowel muscles and eases out constipation problems. It is also used in certain cases for preparation before medical examinations or in pre or post surgical conditions.

Bisacodyl stimulates the bowels, while also allowing water to accumulate within the intestines. This process softens the stool and gives momentum to movements within the bowels. In order to freely clear bowels in the morning, tablets should be taken the previous night. It usually takes around 6 to 8 hours for the tablets to start working when ingested orally. If it is taken rectally as suppositories, this medicine would show its result within 15 to 60 minutes.

All medicines interact differently person to person. Therefore, one should check the possible interactions with the doctor before starting this medicine.

There may be certain interactions with the following substances:

It contains Bisacodyl which aids in relaxing the bowel muscles and allow the water to infiltrate the intestines. This makes the stool softer so that it can be eliminated from the body with ease and minimal pain than under regular constipated conditions.

Dulcoflex works as stimulant laxative that enhances the inner lining of the intestine. This eases the bowels to move the waste products in the passage of the stool.

Patients should inform their doctor if they are allergic to any of the ingredient of the Dulcoflex or if they are having any issues pertaining to allergies to any food or medicine they are taking, and if they have disorders like abdominal pain and constipation.

Dulcoflex should be taken by mouth with or without food. The dosage of this Tablet is determined by the doctor based on patient’s medical condition. The usual dose of this drug is about 5-15mg taken 1-3 times in a day. While taking Dulcoflex 5 MG Tablet, swallow it without crushing or breaking the tablet. It is advised to take this drug at bedtime to experience free bowel movement the next morning. Suppositories take 15 minutes to 1 hour to show their affect.

When Dulcoflex 5 MG Tablet is prescribed?

Dulcoflex 5 MG Tablet is used in the following conditions:

The usage of suppository:

Firstly, remove the wrapper from the suppository. Avoid holding it for too long as it can melt in the hands. If it is soft, it should be held under the cool running water and it can be refrigerated for few moments.

In order to use the suppository, the patient should lie on the left side with their right knee towards the chest. Then, insert the suppository into the rectum about 1 inch with pointed tip first. Lay down for few moments, the suppository can melt quickly without causing any uneasiness. It is advised not to use more than 1 rectal suppository in a day.

Before using the rectal enema, make sure you shake the bottle and remove the cap from the tip. Lie on the left side with the right knee towards the chest. Now, gently insert the enema tip into the rectum, aiming toward the navel. Now, squeeze the bottle and then remove it from the rectum. Hold the enema liquid in the rectum for upto 10 minutes. Then empty thee rectum while being seated on the toilet.

Medicines that should not be taken with Dulcoflex 5:

Though Dulcoflex 5 MG Tablet will not react with other medicines, one should make sure that he or she should tell their doctor about what all medicines, herbal supplements and OTC products they are taking.

It is not advised to take other medicines along with this drug 2 hours before or 2 hours after taking Dulcoflex 5 MG Tablet. These medicines may reduce the effect of other medicines. There may be a drug-interaction between this medicine and the following medicines and products:

How to store Dulcoflex 5Mg Tablet?

1) How often can I take Dulcoflex 5mg Tablet?

Ans: Dulcoflex must be used in the exact dosage as prescribed by the doctor. Caution must be exercised to not exceed the use of Dulcoflex 5 MG Tablet by 7 days.

2) Will the consumption of Dulcoflex 5mg Tablet cause any complications with my pregnancy?

Ans: It contains Bisacodyl, which may harm the fetus. It is generally advised to avoid taking this drug during pregnancy.

3) What happens if I skip a dose of Dulcoflex 5mg Tablet?

Ans: In case if you miss the dose of Dulcoflex, then take it as soon as possible. But if it is time for the next dose, then skip the missed dose and take another dose. One should not take double dosage in order to make up the missed dose.

4) What precautions should be taken during the Dulcoflex 5mg Tablet course of the treatment?

Ans: Dulcoflex should not be used in the following conditions, if:

You are advised not to use this Tablet if:

5) In what medical conditions the Dulcoflex 5mg Tablet should not be used?

Ans: Dulcoflex 5 MG Tablet should be administered carefully in the following situations:

6) What food items should be avoided while taking Dulcoflex 5mg Tablet?

Ans: Avoid taking milk and dairy products for at least one hour after taking the Dulcoflex 5 MG Tablet. Try including diet rich in fibres, fruits and leafy vegetables in order to get better results.

7) Is it safe to drive after taking the Dulcoflex 5mg Tablet?

Ans: If you experience any side effects like headache, dizziness or decrease in blood pressure. It is not advisable to drive vehicle and operate a heavy machine while taking Dulcoflex 5 MG Tablet.

8) Can Dulcoflex be used for weight loss?

Ans: No, Dulcoflex should not be used for weight loss as this Tablet has an adverse effect on long-term and overuse of the medicine. Apart from weight loss, some of the harmful effects of this medicine are muscle weakness, reduced blood flow and excessive production of aldosterone.

9) Can patients suffering from diabetes be given Dulcoflex 5?

Ans: Constipation is a comorbidity of diabetes. The aim of the therapy is to give symptomatic relief without causing any complication. Dulcoflex 5 MG Tablet is considered safe to use in diabetics patient. If it does not produce relief then one must immediately consult the doctor.

10) Can the Dulcoflex 5mg Tablet in suppository form be used in geriatric patients?

Ans.It is advisable not to use the rectal suppository form of the Dulcoflex 5 MG Tablet in geriatric patients.

Ans: Yes, if use for a prolonged time, this Tablet can cause diarrhea. To avoid such situation, one should avoid spicy meals and take medicines to reduce stool output.

12) Is it safe to discontinue the dosage of Dulcoflex on its own?

Ans: It is suggested not to stop Dulcoflex 5 MG Tablet on its own. One should always consult the doctor so that they can the assess the symptoms and guide you whether you should continue or discontinue the medicine.

13) Can the Dulcoflex 5 MG Tablet be used for long-term?

Ans: It is not recommended to be use in long term as it can harm the overall health. It is only allowed to be used for short-term. This is because, with time your body may also start relying on Dulcoflex 5 MG Tablet to clear the bowel movements. If the short-term treatment does not provide you with desired results, then you should speak to the doctor immediately.

14) Are there are any reports of the Dulcoflex 5mg Tablet causing bleeding?

Ans: Yes, the rectal use of Dulcoflex 5 MG Tablet can cause bleeding, which is a serious side effect of the drug. Usage of this drug can enhance gastrointestinal side effects. After taking this medicine, you should avoid straining while passing the bowel movement. In such case, you must consult the doctor immediately.

15) Can I take the Dulcoflex 5mg Tablet everyday?

Ans: Children and Adults can take 1-3 doses in a single day. While, adults should not take  more than 30mg Dulcoflex 5 MG Tablet.

16) How long does it take for the Dulcoflex 5 MG Tablet to dissolve?

Ans: It comes with special coating that allows the tablets to pass through the stomach and dissolve once they reach the colon. This releases the bisacodyl where it can produce the effect. Dulcoflex 5 MG Tablet are effective till 10-12 hours after you take them.

17) How long does it takes the Dulcoflex 5mg Tablet to work?

18) Can laxatives cause cancer?

Ans: Study suggests that the type of laxatives a person takes may be the cause of colon cancer in them. According to the research, the fiber-based laxatives can have the risk of colorectal cancer. While, the non-fiber laxatives are associated to have a higher risk.

19) What are the side effects of the Dulcoflex 5mg Tablet?

Ans: The following are the most common side effects of the Dulcoflex:

The following are the severe side effects and you may require quick medical attention:

Ans: Yes, there are chances that Dulcoflex 5 MG Tablet may cause this rare disease which is known as urinary calcerous disease. In this situation, the fluids and electrolytes deplete from the gastrointestinal tract that leads to the formation of urinary calculim.

21) Is Dulcoflex safe to use in pregnancy?

Ans: No, Dulcoflex is not safe to use during pregnancy as it may harm the fetus. There are limited human studies available in this regard. Therefore, consulting a doctor is necessary in this situation.

Ans: No, the Dulcoflex  is readily available in India. Since its a laxative and should be taken under medical supervision only. Therefore, it is not recommended to take it without consulting the doctor. 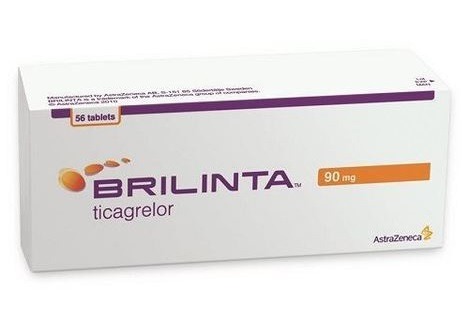 Brilinta is a lifesaving saver drug. It is used to lower the risk of heart attack or stroke in patients. Brilinta is a platelet aggregation inhibitor or antiplatelet medication. In