Disprin Tablet is one of the brands selling the aspirin formulation in tablet form. It is an over the counter pill mainly used for relieving headaches and pains and can be bought from any of the medical stores without any prescription. It is a part of Non-Steroidal Anti-Inflammatory Drugs also known as NSAIDs.

It is generally used for relieving pain and fever. It is used to relieve the following conditions:

It is available in the form of tablets and is swallowed along with water. It is also available in a dissolvable form which is used for curing headaches. Though it can be used without a prescription, it is best to avoid self-medication as it also contains formulations used for thinning of the blood.

Uses and Benefits of Disprin:

Disprin is used to relieve pain associated with migraines or normal headaches. It also helps in relieving pain resulting as an effect of rheumatic diseases, muscle cramps and menstrual pain. It is also advised in low doses for thinning of the blood.

Mentioned below are some of the instances where Disprin can be used:

The same drug affects different people in different manners. The same side effects are not visible in all individuals. Some people may or may not experience the side effects listed below.

Here are some common side effects:

Always consult your doctor immediately in cases you experience any of these symptoms.

The dosage is practically dependent upon the age of an individual and as directed by the doctor.

Disprin Tablet constitutes of the following:

How to use Disprin Tablet?

To alleviate pain, inflammation and fever –

In the situation of a heart attack –

Post consumption, aspirin blocks the effects of certain enzymes which cause swelling of nerves and sensation of pain. Other than reducing pain, aspirin also helps in avoiding heart attacks, as it prevents the clotting of blood platelets by making the blood thin resulting in improved blood flow to arteries.

It is prescribed to prevent clots in blood vessels and to relive minor pain and inflammation. The medicine is also prescribed when people are suffering from headache, toothache, joint pain and muscle pain.

Warnings/Precautions- When to avoid Disprin Tablet?

Disprin should only be consumed when necessary. Some of the precautions that should be taken while consuming the medicine are listed below:

Listed below are some of the substitutes of Disprin Tablet, containing the same drug:

Disprin Interactions with Other Drugs:

Different drugs interact differently with various substances. The behavior of drugs differs from patient to patient.

Listed below are a few of the common interactions:

Medicines that should not be taken with Disprin:

The following medicine may show harmful interactions with Disprin –

Is Disprin Banned in India?

No, the medicine is not banned in India. It is one of the most common medicines prescribed during the conditions like headache, joint pain, muscle pain and toothache.

Ans: It can be taken orally or can be dissolved in water for consumption.

2) How many times should I take Disprin?

Ans: The medicine should not be consumed more than twice a day.

4) When should I consume Disprin?

5) What is Disprin Tablet used to treat?

Ans: It is used to treat headaches, toothaches, pain in the joint and muscles.

6) What is the medicine used for?

Ans: It is used to relieve the symptoms of conditions like fibrositis, muscle aches and pains, joint swelling and stiffness. It is also used to improve survival in emergency situation of a heart attack.

7) What are the side effects of Disprin Tablet?

Ans: Some of the side effects associated with Disprin include abdominal pain, irregular heartbeat, constipation, heartburn, acid or sour stomach, skin rashes, irritability, drowsiness, yellow colored eyes or skin, ulceration or bleeding in the stomach or intestines, sensation of ringing, or other noise in the ears, allergic reactions such as skin rash, swelling of the lips, tongue and throat.

8) Is Disprin safe for pregnant women?

Ans: It is not safe for pregnant women as it may cause severe deformities in the developing fetus. In severe cases, the doctor must be consulted before taking this medicine.

9) Can Disprin Tablet be taken by lactating mothers?

Ans: The drug could pose a severe threat to the baby, therefore; lactating mothers should not consume Disprin.

10) Is it safe to take Disprin with alcohol?

Ans: Taking medicine with alcohol increases the risk of stomach bleeding. Therefore, do not take alcohol when you are taking Disprin.

11) When should one refrain from using Disprin?

Ans: It must not be used in case a patient suffers from peptic ulcer disease or any other bleeding disorder. It must also be avoided if the person is allergic to its contents.

Ans: No habit forming tendency has ever been reported with the use of Disprin.

Ans: Disprin does not prevent heart attack, however, it increases the chances of surviving a heart attack.

14) Can Disprin be taken with coffee?

Ans: Disprin already contains caffeine as an ingredient which helps relieve pain in the body. It is safe to take coffee with disprin; however, it is advised to consult a doctor beforehand to avoid any risk of overdose.

15) Is Disprin safe for use by pregnant women?

Ans: Use of Disprin should be avoided in the third trimester of pregnancy as it may harm the fetus and extend the labor duration. It also increases the risk of bleeding in both mother and infant at the time of delivery.

16) Is aspirin safe to consume with paracetamol?

Ans: Yes, it is safe to consume both medicines simultaneously as they do not contain the same ingredient. However, it is advised to consult a medical practitioner before doing so in order to ensure that they do not interact with each other.

17) Can Disprin be taken with milk?

Ans: Yes, It can be taken with milk but not on an empty stomach. However, it should not be taken for a longer duration as it may cause side effects.

18) What is the difference between aspirin and Disprin?

Ans: It is a brand name of Aspirin. Disprin contains acetylsalicylic acid as its main ingredient, which is also known as Aspirin.

19) Is Disprin good for headaches?

20) When should the use of Disprin be avoided?

Ans: The medicine should be avoided by pregnant and breastfeeding women. Patients with history or active bleeding disorders as well as allergy to Disprin should not use the medicine.

Opara tablet is considered as a mild analgesic and is commonly used for fever, relieving pain, backache, headache, arthritis and also patients who are recovering from surgery. This drug is fully 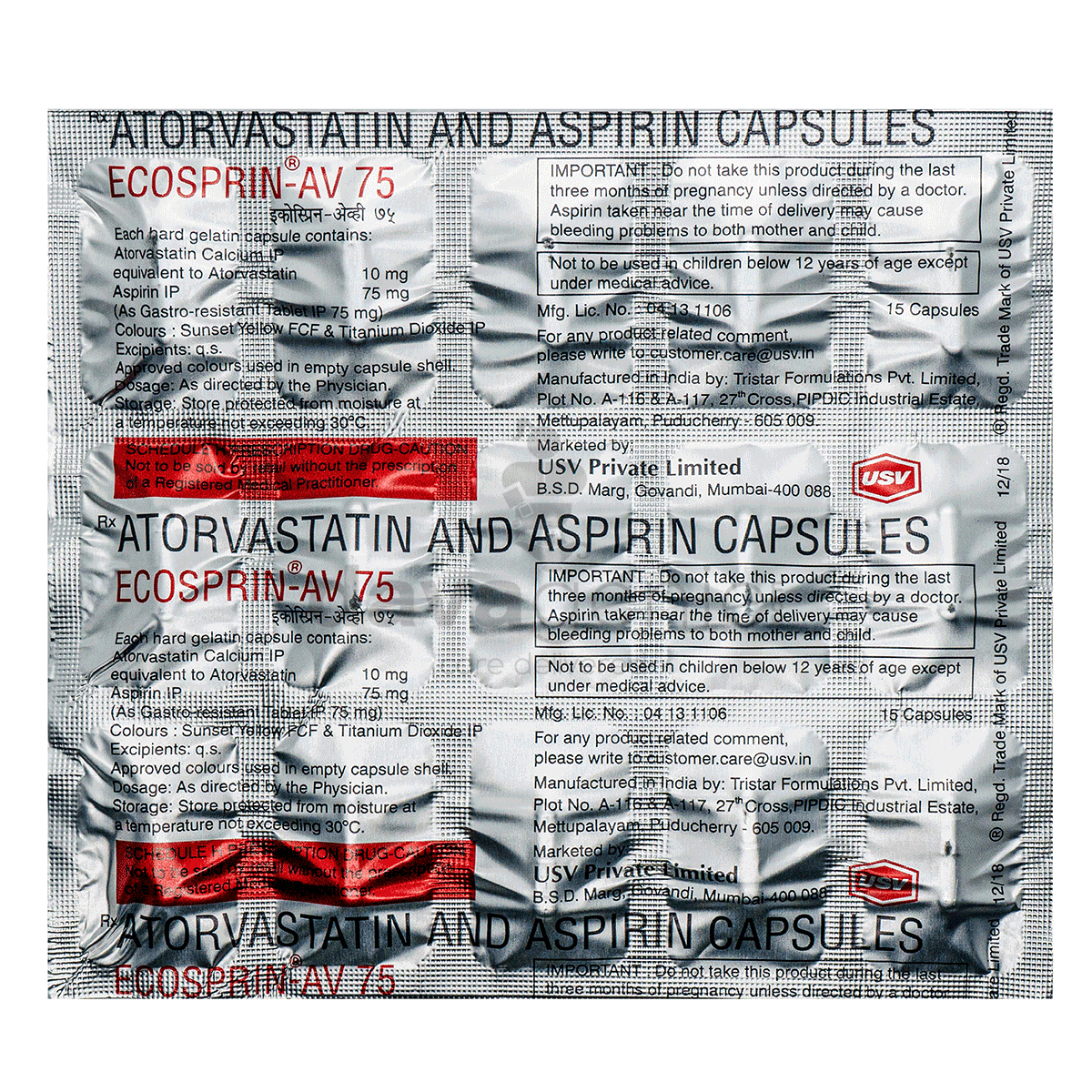 Manufactured by USV and containing aspirin as an active ingredient, Ecosprin is an anti-platelet medication administered for blood thinning in various heart conditions like heart attack, risk of stroke, cardiac

Over the past few years, products that have been exclusive to India and its history have witnessed a kind of renaissance. Be it yoga, Ayurveda or even kabaddi, these offerings