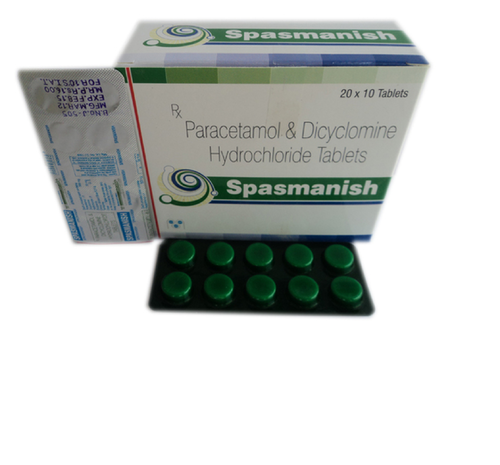 Dicyclomine is an anticholinergic medicine that bears antispasmodic properties. Also known as Dicycloverine, this drug is used to relieve symptoms associated with irritable bowel syndrome.

Uses and Benefits of Dicyclomine:

The above-mentioned symptoms are relieved by the use of Dicyclomine.

Side Effects of Dicyclomine:

This prescription-only medicine must be taken only post consultation with a doctor in order to avoid the occurrence of any unwanted side- effects. A few commonly occurring side effects caused due to the intake of this drug are-

This is a non-exhaustive list and it is possible for different patients to experience varied side effects.

Composition and Nature of Dicyclomine:

It is an anticholinergic drug that is known to block the release of acetylcholine, which stimulates the muscles.

How to use Dicyclomine?

Dicyclomine is an antispasmodic and anticholinergic drug that reduces the effect of a chemical known as acetylcholine that is released from nerves to stimulate muscles. They work by blocking the acetylcholine receptors on smooth muscle. It also helps in relaxing the smooth muscles, thereby reducing muscle spasms and pain. The drug also controls excessive tracheal, pharyngeal, and bronchial secretions and, decreases the secretion of gastric acid.

When Dicyclomine is prescribed?

This drug is generally prescribed to treat symptoms associated with irritable bowel syndrome.

Precaution and Warning – When to Avoid Dicyclomine?

Dicyclomine must be administered with caution and only post consultation with a doctor by patients suffering from any of the following conditions, illnesses, or diseases-

Dicyclomine is known to interact with the following drugs. Thus, they should not be administered while taking Dicyclomine.

Medicine that should not be taken with Dicyclomine:

How to store Dicyclomine?

1) What is Dicyclomine used to treat?

2) Is Dicyclomine safe for consumption?

Ans: It is safe to use if taken in the exact dosage and duration as prescribed by a medical practitioner.

3) Is this drug available as an over-the-counter medicine?

Ans: This is a prescription-only medicine that can only be purchased post getting a prescription from a doctor. It is not available for purchase over the counter.

4) What is Dicyclomine used for?

Ans: It is mainly used for relieving abdominal cramps and pain associated with irritable bowel syndrome. The drug works by slowing down the natural movement of the abdominal muscles, providing relief from muscle spasms and pain.

5) What are the side effects associated with administering this medication?

Ans: A few of the most commonly occurring side effects associated with the consumption of Dicyclomine are dizziness, dry mouth, skin allergy, nervousness. Different patients may experience different side effects.

6) Does Dicyclomine help in getting relief from nausea?

Ans: It might help in relieving nausea caused due to irritable bowel syndrome but it does not help in getting rid of nausea arising out of any other condition or illness.

7) Is it safe to drive or operate heavy machinery post administering Dicyclomine?

Ans: Dicyclomine is antispasmodic and thus is known to cause drowsiness and sleepiness in most patients. Thus, it is advised to avoid driving or operating heavy machinery while administering Dicyclomine.

8) Can this medicine be used to treat diarrhea?

Ans: No. This does not help in getting relief from menstrual cramps.

10) Can I consume over- the- counter antacids along with Dicyclomine?

Ans: It is not recommended to administer over-the-counter antacids along with Dicyclomine. This is because It makes Dicyclomine less effective by reducing the amount of the drug being absorbed by the body. Unless prescribed by a doctor, the interaction of these two drugs must be avoided.

11) Can I consume alcohol while administering Dicyclomine?

Ans: It is not recommended to consume alcohol while taking a dosage of Dicyclomine. This is because alcohol has the tendency to cause excessive drowsiness in the patient if being taken alongside Dicyclomine which itself has a tendency of causing lethargy and sleepiness.

12) Can Dicyclomine be administered by pregnant females?

Ans: It is a prescription-only medicine that must only be used post consultation from a doctor. It is generally advised for pregnant females to avoid administering this drug. If it is absolutely necessary for the pregnant female to administer this tablet, doctor consultation is very important.

Ans: No. Dicyclomine is not commonly advised to lactating mothers as it has the tendency to pass through the milk in large amounts. This can lead to adverse side effects on the health of the infant.

14) How much time does a dose of Dicyclomine take to show effect?

Ans: Dicyclomine generally shows its effect within an hour of oral administration.

15) Should I take Dicyclomine before or after a meal?

Ans: It is generally advised to administer Dicyclomine at least 30 minutes prior to a meal for maximum efficacy.

16) Is Dicyclomine addictive by nature?

Ans: No. It is not addictive by nature. All addictive drugs in India are classified as schedule X or H and as schedule II-IV in the United States. It is advised to read the packaging label of the drug carefully for all the related information.

17) Can I stop taking Dicyclomine promptly?

Ans: It is advised to consult a doctor for dosage suggestions as per health history and condition, as stopping or starting the medicine promptly can cause adverse side effects.

18) What is the normally prescribed dosage for this drug?

Ans: The generally prescribed dosage for this drug is 4 tablets per day. The dosage may be altered depending on the severity of the patient’s condition.

19) What will happen if I accidentally have an expired dose of Dicyclomine?

Ans: Although there is no reported side effect of consuming an expired dose of this medicine, the efficacy of the drug may be hampered.

Ans: It is an antispasmodic drug that is used to relieve spasms and gastrointestinal pain in patients suffering from irritable bowel syndrome. It is not a conventional pain killer. 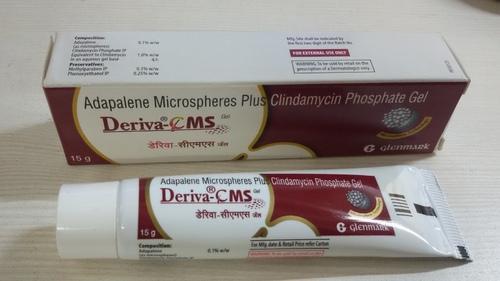 Acne has become one of the most problematic things for the younger generation folks. In fact, it is a long-term skin disorder that causes whenever the hair follicles are blocked 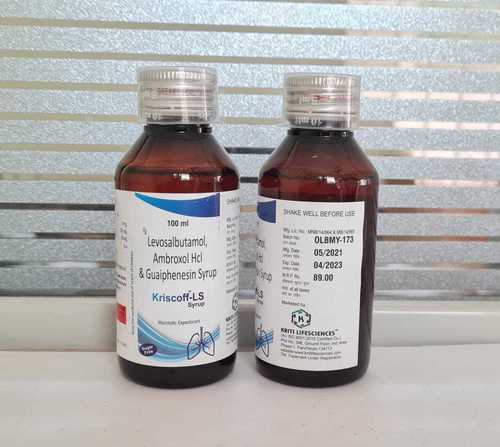 Levosalbutamol is also known as Levalbuterol. It is a medicine that cures Asthma in some patients. This medicine helps in calming the muscles in the airways driving towards the lungs. Doxofylline is an oral bronchodilator and is used to treat various lung diseases. It relaxes the smooth muscles of the air pathway up that leads to the lungs and leads