Blood in stool is referred to by the medical term as rectal bleeding. The passing of blood through the anus, while passing faeces is called rectal bleeding. This can be alarming. Blood in stool or tissue paper often instils fear in one because it is a symptom and not a disease itself. It is a symptom of a wide range of diseases. From simple cases like diarrhoea to various types of cancer, these symptoms can be linked. The best thing to do is to seek medical advice from a doctor as soon as the blood is seen in the stool. If you bleed a lot, treat it as a medical emergency. Especially, when you are experiencing, fatigue, dizziness, and confusion during rectal bleeding it is time to rush to the ER.

In simple words, blood in stool means there is bleeding somewhere in your digestive tract. Bleeding that happens higher up in the digestive system leads to the stool becoming black and tarry.

It is important to address the issue once discovered and only by identifying the causes of rectal bleeding or blood in stool can the doctor begin proper diagnosis and eventually treatment.

Causes for Blood in Stool

Find here the different causes for blood in stool, symptoms and prevention for each cause listed.

Also known as piles, this condition is often not diagnosed properly due to underlying symptoms which are not clearly visible.

When the veins are swollen in the anus, haemorrhoids or piles are formed. This is the most common cause of bleeding in the rectal area. The rectum is the largest part of the intestine and the outer area of the anus. Studies say that 1 in 20 people develop haemorrhoids at least once in their lifetime.

Symptoms of Blood in Stool:

Although there are no clear symptoms evident for rectal bleeding making it difficult to identify the problem, certain mild symptoms may be evident like:

Treatment of Blood in Stool:

Always get rectal bleeding checked immediately to prevent serious complications in future. Move over your initial hesitation of discussing it with your doctor as it will help you eliminate future complications.

To ease the discomfort, over the counter ointments and drugs are prescribed by the doctor.

Haemorrhoids in severe conditions can lead to protruding from the anus, and they are persistent. This can occur due to frequent constipation, or lead to the same. Straining during a bowel movement can also be caused.

The treatment includes shrinking with medications and also the surgical removal of the same can be done.

Lifestyle changes are also a part of haemorrhoids treatment and prevention techniques.

Taking lots of fibre is essential. This eases bowel movement.

To ease the irritation, wet wipes should be used instead of dry wipes.

Do not put off the urge to pass the motion.

• Do not exert force to pass the motion.

Tears in the lining of the anus:

The wide range of diseases of the colon is collectively called inflammatory bowel disease. Colitis, Crohn’s disease, and ulcerative colitis can be called IBD. These are autoimmune diseases, and the white blood cells find the cells of the body as enemies and attack them. The release of chemicals, as a result, can cause damage or inflammation of the bowels.

For most types of IBD, there is no cure. It can be managed with various techniques, and purely based on the diagnosis.

Cancer that occurs in the colon or rectal area is called colorectal cancer. Non-cancerous tumours and polyps are linked with this type of cancer.

The stage of the cancer is diagnosed first when it is confirmed colorectal cancer. To diagnose the same the doctor can use the various screenings that include

The initial step is to remove the cancerous polyps through a surgical procedure. The surgery works better if it is done in the eerier stage of cancer. Chemotherapy and radiotherapy may be required in advanced stages. Chemotherapy is the administering of drugs. It can be a single drug or combination of several drugs that can be used, based on the diagnosis and the decision of the team of doctors, led by an oncologist.

Radiotherapy is exposing the cancer-affected part to high-intensity radiation.

It is essential to seek medical advice when abdominal pain is severe and persistent. When the blood is in dark, or in the colour of tar, immediate medical intervention is required. If the symptoms are not getting better after a fortnight, then consulting a doctor is essential. Sticky stool or black stool is a sign of disgusting blood and emergency medical intervention is required. When these symptoms are accompanied by dizziness, confusion and fatigue, it may be due to internal bleeding, which requires immediate and emergency medical attention.

This is a small growth in the lining of the colon. This can also happen in the rectal lining. These are non-cancerous and often develop in older people. The polyp can bleed rarely, and can also turn out to be cancer. Most people who have polyps never know that they have it. The faecal occult test can tell the existence of polyps. Polyps are often removed through surgery even though they are not yet causing the troubles. This is major because the polyps can become cancerous at any point in time.

The inner lining of the colon can develop numerous enlarged blood vessels and this condition is called angiodysplasia. This most of the time happen in the right colon but can happen at any place over the colon. When bleeding happens due to this condition, it is often painless. The blood can be in bright red colour and can be mixed with faeces. Non-visible bleeding can also occur in this case.

Diagnosis of Blood in Stool:

The tests for rectal bleeding differ based on the individual condition. The tests usually prescribed are:

The colonoscopy is a screening method that involves a doctor or a medical professional looking at your colon. A sedative is given to carry out this test. A flexible telescope called a colonoscope as thick as a little finger is injected into the anus. This moves to the rectum and reaches the colon. The operator can see inside the colon on a screen with the fibre optic channels of the colonoscope. This device also allows the operator to take a biopsy of the inside lining of the colon.

The virtual colonoscopy is an advanced method, where the doctor can get a good view of the colon, and the tube is not passed more than the rectum. The tube allows gas to pass through it to blow the bowel. Then a CT scan is done. People who cannot tolerate colonoscopy are recommended for this, as it causes less discomfort than the colonoscopy.

Alternatively, a Sigmoidoscopy can be chosen, as it is easier than the colonoscopy. A medical professional pushes the Sigmoidoscope into the anus and pushes it to the rectum. The lining of the rectum or the sigmoid colon can be seen with this telescope. The procedure causes no pain, but only slight discomfort.

A faecal occult blood test is also conducted. This is to ensure that the non-visible bleeding is also tracked down. Gut infections and other disorders of the gut too can be the reason for rectal bleeding. This test can detect the blood that cannot be seen, and is suggested when there is abdominal pain, and weight loss. This test is also used to screen for cancer in the bowels. One of the facts to be understood is that the test can tell only there is bleeding present from the bowel region or gut, but not the source of the bleeding is seen after this test.

Other screenings for finding the existence of bowel cancer is also done. This can help in the early identification of bowel cancer or colorectal cancer and can be treated early.

Complications in Blood in Stool:

From the mild trick of the blood to the flow of blood that can be threatening can make the affected go scary. Mild and intermittent bleeding can be experienced in most cases. When such types of rectal bleeding occur, there is no life-threatening situation. When there is a huge amount of bleeding this can be a risk to life, and emergency room treatment is required.

Bleeding of the gut or in the Gastrointestinal (GI) tract can also be the reason for the bleeding, Immediate medical intervention is required,  but the amount of blood is less, and it is not enough to change the colour of the faeces.

It is good to know where the bleeding comes from, to combat the condition and to prevent it.

Rectal bleeding is an alarming symptom that tells the affected that medical attention is necessary. When a range of symptoms is experienced, one has to ensure visiting the doctor at the shortest possible time is mandatory. Not always various therapies and surgeries are needed. In fact, most of the causes can be managed with medications and lifestyle modifications. 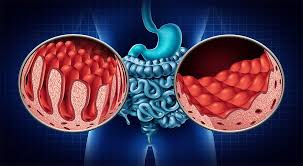 Gluten is a common thing found in many foods and some people are allergic to this food. When the immune system of the body overreacts to the gluten in food 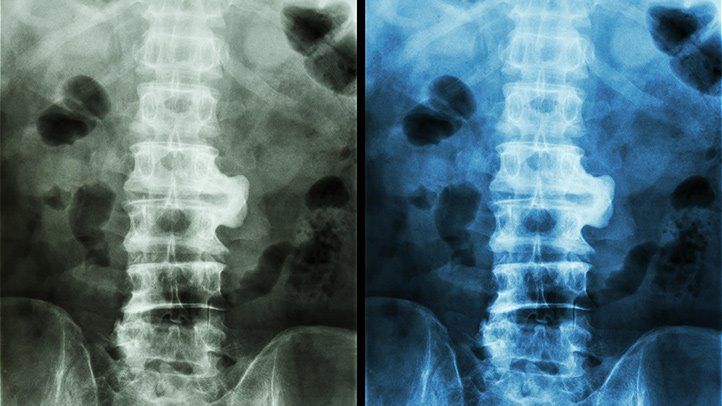 Arthritis can affect the quality of life of the affected in multifold ways. Ankylosing spondylitis is a type of arthritis that can affect the spine. Pain and stiffness that run 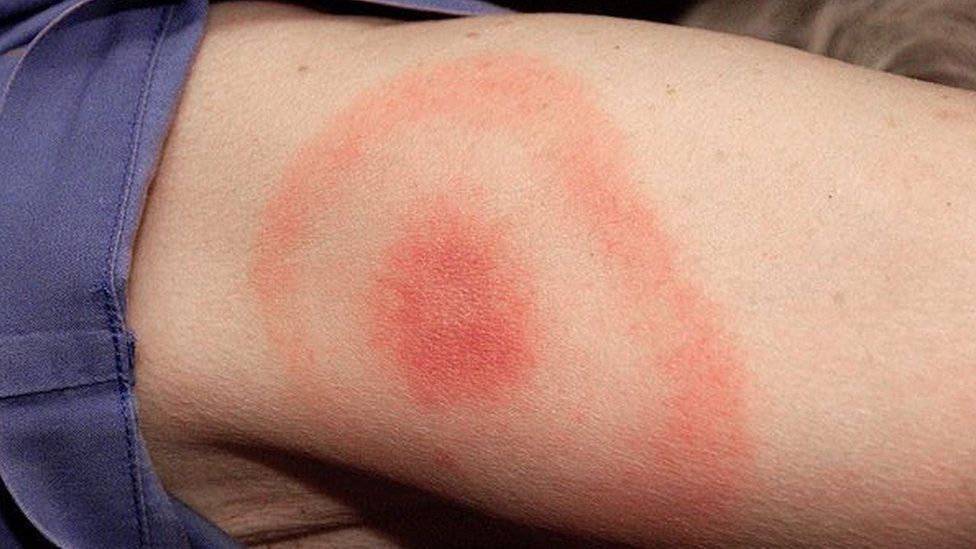 In some cases, you can get an infection due to bites from deer ticks and this is known as Lyme disease. This typically happens when you are moving around in