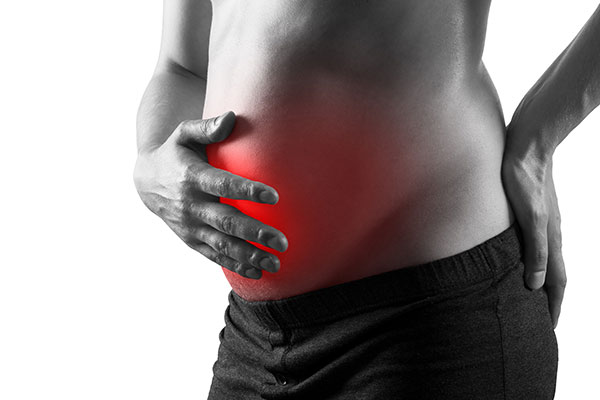 Bloating or abdominal bloating is defined as a digestive disturbance, which is followed by an accumulation of gas in either one or multiple stomach compartments. In a layman’s language, it can be termed as gassiness or feeling of fullness in the abdomen. Bloating may also be described as a situation when the gastrointestinal tracts get occupied with air or gas, resulting in swelling in the abdominal region.

Another gastrointestinal disorder, Distension, is often inter-linked with bloating. Though, sometimes the two act as substitutes for each other yet, they have distinct pathophysiological processes. The difference between them is that bloating involves abdominal pressure without an increase in abdominal size while distension corresponds to the same pressure albeit with an increase in abdominal girth.

The occurrence of bloating is often seen among persons suffering from constipation, irritable bowel syndrome, and anorexia. It occurs in patients of all ages and depending on the intensity, these symptoms can range from mild discomfort to excess gas in the abdomen. It is experienced monthly by 15.9% of the population and is more common in women (15.9%) than men (10.5%).

According to a survey involving functional gastrointestinal disorders in the United States, around 31% of the targeted population fulfilled the criteria of Rome I for functional bloating. Some other studies have indicated a figure of 96% of patients suffering from Irritable Bowel Syndrome (IBS).

Although gastrointestinal complications are insignificant, one can never neglect underlying impacts that can be major. Therefore, it is essential to pay attention to these complications and ascertain their concerning cause. The complicated pathophysiology of bloating or abdominal distension has led to difficulties in the study of its causes. Despite dissimilarities between the processes of the two, it has been quite difficult to ascertain the exact causes of these gastrointestinal dysfunctions.

There is a detailed list of ascertained causes few of which are:

It refers to the excess and repeated air swallowing mostly during eating or drinking. In other words, it is an unusual condition where the actual mechanism is disturbed due to the absence of belching and excessive flatus. Generally, the amount ingested is given out in the form of burping but sometimes, air may enter the intestinal tract via the stomach leading to bloating.

Carbohydrates after ingestion are broken down by enzymes like amylase into glucose, which provides energy. However, in the absence or shortage of these enzymes, carbohydrate intolerance is developed. Prolonged carbohydrate intolerance later may develop into hyperinsulinemia. In this condition, the pancreas releases a large amount of insulin to process the sugars from carbohydrates due to which blood glucose levels may drop. The drop is known as hypoglycaemia. The excessive difference between the relative level of insulin and glucose results in hyperinsulinemia. Hyperinsulinmia causes insulin resistance, which further makes way for diabetes and other severe metabolic disorders.

Due to hyperinsulinmia, the diseased person experiences many common symptoms including tiredness, hair loss, dizziness and bloating is one of them.

There are around 1000 organisms/ mL found in the upper small intestine. However, a number between 100000–1000000 organisms/mL may lead to small intestinal bacterial overgrowth (SIBO).  The main causes of SIBO are delayed gut motility that is caused by food poisoning, antibiotics, hypothyroidism, antibiotics, etc., and persons suffering from Celiac disease, Irritable Bowel Syndrome, elderly patients, and alcoholic people.

Ovarian disorders like dysmenorrhoea, polycystic ovarian syndrome, and ovarian cysts, are caused due to the dysfunctional behaviour of the ovary. Specifically in dysmenorrhoea, a situation of irregular or extremely painful menstrual cycles, the uterus walls undergo contractions. The lining of the uterus starts producing special chemicals known as ‘prostaglandins’. With the release of these chemicals, the process of contraction of the uterus strengthens and results in severe symptoms like nausea, diarrhoea, and bloating too.

Certain factors or medical conditions in people make them susceptible to bloating or abdominal pain.

When to take action?

Even though bloating and distension are not grave disorders, if severe aches and cramps are taking place, it means that there is a need to take immediate action. Bloating is associated with various other organic dysfunctions. Patients who are above the age of 50 need to pay attention to other symptoms like acute weight loss, rectal bleeding, and nocturnal symptoms taking place and should go for a colonoscopy.

Patients having a family history of disorders like celiac disease, ovarian cancer, breast cancer, etc. who have experienced bloating at recurring intervals must also consult a physician and go for an endoscopy session.

Bloating has been reported to be a benign condition. The diagnosis of a patient should commence with detailed history as well as a physical examination. Sudden changes like weight fluctuations and anemia could indicate poor absorption of nutrients in the body.  According to some researchers, Small Intestinal Bacterial Overgrowth (SIBO) may cause the symptoms of bloating.

SIBO is defined as the presence of a high number of coliform bacteria in the small bowel causing flatulence, diarrhoea, etc.  Some of the measures to diagnose SIBO are given below.

One of the most direct methods is to evaluate the aerobic and anaerobic colony counts of the small bowel luminal contents. Today, instead of the previous usage of a long tube, a sterile catheter is used for endoscopic aspiration to obtain a culture of small intestinal bacteria. However, this method was quite lengthy and cumbersome and many laboratories lack the facilities to culture the intestinal aspirates.

As an alternative to the invasive test of endoscopic aspiration, tests that are frequently used are the 14C D-xylems breath test and hydrogen breath tests. They are used to diagnose H. Pylori infection, SIBO as well as carbohydrate malabsorption. The tests measure the amount of gas (hydrogen and methane) that is produced by the small intestinal bacteria, diffused into the blood and lungs, for expiration where it is then quantified.

The imaging of the small intestine has been utilized to identify abnormalities like jejunal diverticulitis. Some of the tools used to detect SIBO are serum markers like bile acids, cobalamin. Also, urinary choly-PABA and indicant can also be used.

The complex nature of patho-physiologic mechanism of bloating has rendered the complete treatment difficult. With new studies, it has become possible to manage the symptoms.

One of the most important factors in the control of bloating has been diet modification. The identification of short-chain carbohydrates (FODMAPs) has led to a breakthrough in controlling the symptoms. Fermentable Oligosaccharides, Disaccharides, Monosaccharides, and Polyols collectively known as FODMAPs are a group of short-chain carbohydrates that, if poorly digested, lead to fermentation in the lower part of the intestine thereby causing gas production and flatulence. Lactose intolerance is a common example of the gastrointestinal symptomatic response.

Research has shown that a high FODMAP diet leads to rise in the amount of fluid exiting the small bowel causing diarrhoea and distension of the bowel.

Some tips one may follow for relief from bloating include:

The slow bacterial fermentation of carbohydrates in the small intestine is the foremost cause of gas production. To combat this, antibiotics have been used so as to control the symptoms of IBS.

They are live microorganisms that, when ingested confer many health benefits on the host. Research had indicated that Bifidobacterium infantis significantly reduced bloating and has superseded Lactobacillus species as well as placebo.

Another probiotic, VSL 3 that is a compound of three significantly active microorganisms: Lactobacillus, Bifidobacterium infantis, and Streptococcus salivarius, has marked a positive impact on the patients suffering from bloating. The positive impacts generated by probiotics are majorly caused by the use of bifidobacteria, which do not produce gas while going through the process of fermentation. The overall and generalized impacts of probiotics are beneficial and have resulted in modest results.

A regular physical exercise schedule like bike riding has been found to reduce symptoms of bloating. Gastric disorders like bloating and distension are often caused due to the physical inactivity of the body. Binge eating disorders can also be considered a major cause. However, whatever the specific cause might be, physical exercise will help the body release wasteful enzymes that are often a subsequent cause of such gastrointestinal disorders. Minimal physical activity like jogging, running walking, etc. might also come to the rescue in case of bloating and distension.

Bloating can be reduced by minimal eating or by following specific diets. The amount of food you consume has no impact on the bloating but the type of food definitely has a significant impact. A diet low in FODMAPs goes a long way in control of bloating. Diets like detox diets can negatively impact health since they cause dehydration due to their cleansing action, thereby leading to a drop in potassium levels.

Bloating is caused by consuming excess calorie-dense junk foods: Foods that are high in processed sugar and fats can cause bloating; but so can vegetables like broccoli, sprouts, beans, etc.  The response may differ from individuals.

Q1. How to prevent bloating?

Ans: a) There should be a limit to consumption of high sugar and calorie-dense foods like desserts, pasta, pizza, etc. as well as carbonated drinks

b) Salt should be consumed in moderation.

c) Vegetables like beans, cauliflower, cabbage can be consumed moderately.

d) Supplements of digestive enzymes can be consumed.

Q2. What are the ideal foods to treat bloating?

Ans: Following foods are prescribed to manage the symptoms of bloating. They are low FODMAP

a) Vegetables, Sprouts, and Fruit

Eye pain is also called as ophthalmalgia. Itcan be divided into two categories on the basis of where you feel pain in the eye including ocular pain and orbital pain. 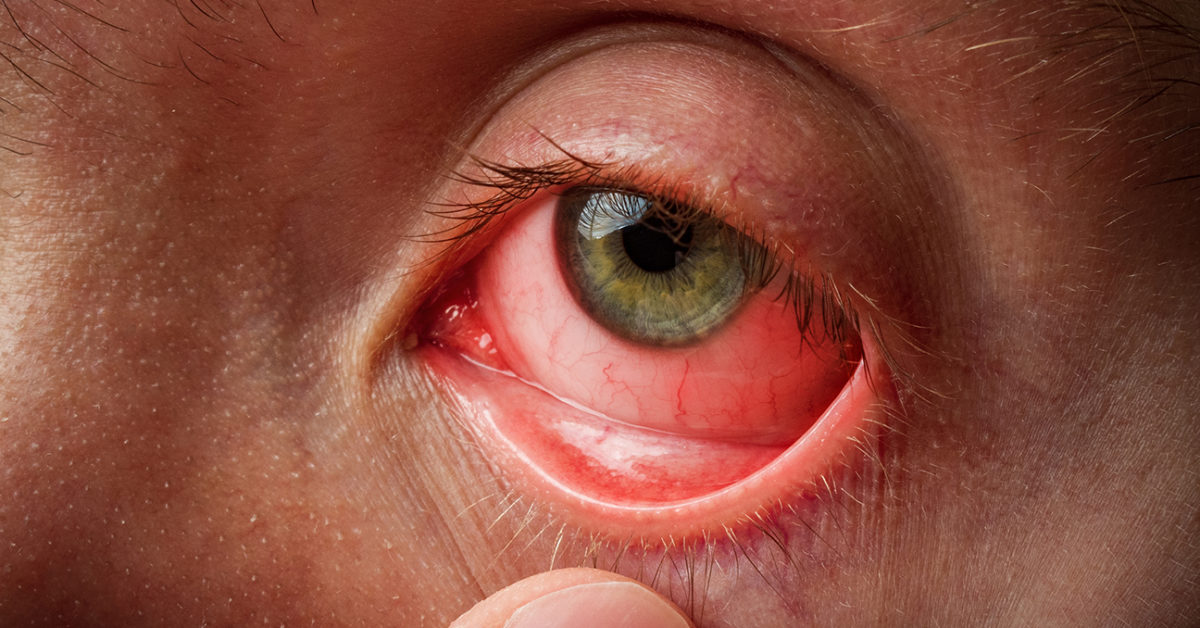 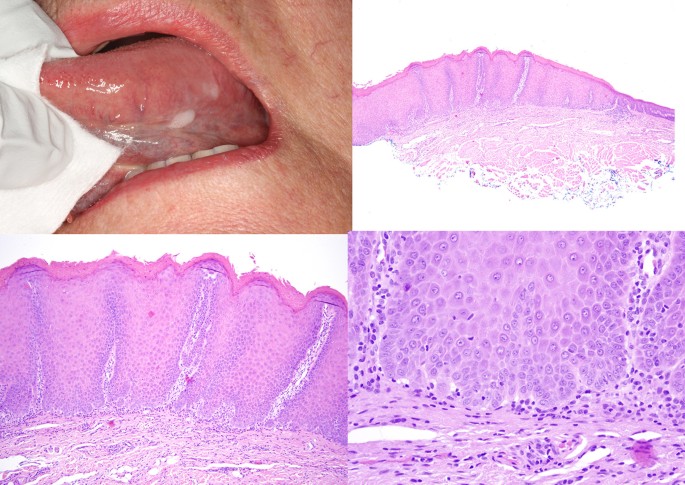 Dysplasia is a terminology used in pathology, it refers to the development of abnormal cells in various parts of the body which lead to the tissues being enlarged or lead