Benign Paroxysmal Positional Vertigo (BPPV) is the disorder that causes vertigo, which is the false sensation of the head’s spinning. The patient with BPPV may feel minor to severe faintness. BPPV may be caused by the incorrect position of the patient’s head. It is most felt when the patient moves the head in either direction, lays down, or gets up from the bed especially in the morning.

BPPV is the disorder of the inner ears in which the crystals of calcium carbonate (known as ear rocks or otoconia) are accumulated and turned into the gel. This gel is then migrated into the semi-circular canals, which are normally filled with fluid. This fluid is generally unaffected by gravity because of its lightweight.

With the migration, the accumulated gel tends to move down with the effect of gravity and bounces up again with any physical movement of the head and other factors. This results in its interference with the normal fluid movement within the canals that are used for the sensation of head motion.

Because of this interference and fluid movement, the nerves at the canal of the patient’s inner ear are excited and send false signals to the brain related to head rotation. In normal cases, this fluid is rested stationary within the canals. These false signals generate information in the brain that does not match with those sent by the second ear and eyes.

This mismatch of the generated information from multiple sources confuses the brain, which may make you feel spinning. This spinning is medically termed as vertigo, which may last up to a minute from its occurrence. Note that some patients would have a normal feel between every two vertigo invocations.

However, some of them may have a constant feeling of light head spinning sensation between two major spins of vertigo. Note that the dizziness caused by BPPV would not impact the hearing ability of the patient. It would also not make the patient difficult to speak. In case you have any of such additional symptoms, you must discuss with your physician immediately.

The occurrence of BPPV is seen mainly in the adults and is very rare in the children. However, it may impact individuals of any age group. The most cases of this disease are reported in the elderly people. Most of the patients with BPPV may feel the surroundings spinning while getting up from the bed in the morning.

The various symptoms of BPPV may include:

–  Vertigo in which the patient may feel the surroundings moving or spinning, especially while getting up in the morning

–  Disbalancing while getting up from sitting

–  Continual nausea and vomiting for over several weeks

–  Nystagmus in which the eye movements of the patient appear abnormal

Note that these symptoms may appear or disappear in between. It may happen that the patient is relieved from the symptoms for several months. But those may recur with lesser to severe intensity. Along with the symptoms listed above, some patients may observe the following symptoms in extreme conditions:

–  Weakness in the legs or arms

–  Tingling sensations in the brain, ear, or other parts of the body

Age is a crucial factor that increases your chances of getting BPPV. It is often seen that individuals of age over 50 years are most likely to get BPPV since the muscles of their inner ear may become weaker at that age. There may also be other causes of BPPV. Some of those are mentioned below:

–  Keeping head in a fixed posture for a long duration either on a dentist chair, salon, and more

–  Performing the exercises that require high-speed movements of the head

–  Bike riding on a rough track

–  Resting on the bed for a long duration for any reason, like hospitalization, prolonged rest over the weekend, working on a laptop for long while lying on the bed

Since BPPV may be caused by multiple reasons including old age, it is very hard to prevent it completely. However, there are multiple ways through which you may prevent it from happening to a good extent. Some of those are mentioned below:

–  Prevent yourself from any possibility of head injury. Wear a helmet while riding a bicycle, bike, and other sports.

–  Avoid lying on the bed for long hours.

–  Meditate on a regular basis.

–  Maintain hygiene in your surroundings to avoid the chances of infection in your ears.

–  Have a balanced sleep.

–  Don’t tip your head back for long hours to watch TV or to talk to your correspondents.

–  Take care of your immune system and adopt the habits that would keep it strong.

–  Avoid frequent head movements in case you are already a patient of BPPV. This may worsen your symptoms.

How BPPV is diagnosed?

If you observe even the mild symptoms of BPPV (mentioned above) for over a week, visit your doctor immediately. The physician would ask the patient several questions related to the symptoms. For instance:

–  When is the dizziness felt most during a day?

–  From how long have the symptoms been observed?

–  Do you have a continual temptation of vomiting?

–  How are you normally relieved from the symptoms?

–  For how long at a stretch are the symptoms observed?

–  Do you have any other diseases or disorders related to the ears or the brain?

–  Are you a patient of a migraine?

It may also be observed if the symptoms occur most with the movement of the eyes or head in a particular direction. Post collection of all this information, the physician may also prescribe the patient to undergo an infrared goggle test.

In case the doctor finds it difficult to identify the actual reason for those symptoms, the patient may be prescribed to get one of the following investigations done:

–  Video Nystagmography (VNG) or Electro Nystagmography (ENG) in which the abnormal movement of eyes is detected if any. In the ENG test, electrodes are used and in VNG, small cameras are used to assess if the dizziness is because of some inner ear disease. This is calculated by the measurement of irregular eye movement by placing the patient’s head in multiple positions.

–  Magnetic Resonance Imaging (MRI), in which magnetic fields and radio waves capture multiple images of the patient’s head or other parts of the body from different directions. Such images could be assessed to diagnose the condition of dizziness and the possible reasons associated with it.

There are some chances that the symptoms of BPPV may disappear on their own in a few weeks to months. However, to get rid of the symptoms sooner, the doctor would provide the treatment for the repositioning of the head movements. This therapy is called canalith repositioning.

In canalith repositioning, the mispositioned canaliths due to the gel developed from the crystals of calcium carbonate that move from the fluid-filled semi-circular canals of the inner ear, are repositioned. This prevents the nerves of the canal of the patient’s inner ear from sending false signals to the brain related to head rotation. Along with this process, the doctor may also recommend the patient to avoid some particular head position for several weeks to months, which may trigger the symptoms again.

For the first few sessions of canalith repositioning, you are required to visit the therapy centre. Post then, the doctor may teach you the canalith repositioning procedure, which you could practice on your own at home if required. Post such a session, you may be required to take rest for at least 10-15 minutes so that the crystals of calcium carbonate are resettled in the canals of the inner ear.

In some rare situations where the symptoms are extreme and could not be relieved by the canalith repositioning procedure, the patient may be recommended a surgery with which the inner ear’s bone is plugged to prevent the movement of calcium carbonate crystals within the fluid-filled semi-circular canals. This effectively stops the symptoms of dizziness. Such type of surgery is effective with a success rate of around 90%. But in some rare cases, there is the risk of loss of hearing for the patient.

Other than these treatments, there are certain precautions that the patients of BPPV should take. Those are mentioned below:

–  Keep memorizing your symptoms and be extra careful about balancing while getting up from your bed. Patients with BPPV are more prone to lose their balance, which may result in them facing injuries.

–  Try to be seated whenever you have a feeling of dizziness. In case you are standing and could not see some nearby seat, just take the support of some wall or any stable object.

–  Keep some lights turned on in your bedroom at the night, so that you would not face many difficulties in getting up in between if required.

–  Keep visiting your doctor periodically unless your symptoms are subsided.

–  Do not lay with the head tilted back, if you are already suffering from the symptoms of BPPV.

–  Avoid laying or sleeping towards the affected side of the head where symptoms are felt the most. Use two pillows while sleeping to ensure this.

–  Even when the symptoms are disappeared, those may recur. Prepare your mindset for that.

–  While waking up in the morning, lift the head very slowly and sit on the bed for a few minutes before standing up.

–  Avoid bending down for picking up something.

Although BPPV is not a fatal disease on its own, its symptoms may cause you to face complicated problems if not taken care of or treated on time. It often happens that the patients with BPPV collapse on the floor due to dizziness, which may cause them severe fatal injuries. It is very important for them to bring the practice to their habit of sitting down or holding some stationary object whenever they observe dizziness. Else than, BPPV may cause the patient to have an uncomfortable feeling. If it lasts for long, the patient may suffer from depression.

Another related complication is associated with the surgery in which the inner ear’s bone is plugged to prevent the movement of calcium carbonate crystals within the fluid-filled semi-circular canals. This surgery is carried out in an attempt to eliminate the symptoms of dizziness caused by BPPV. However, in some rare cases, this surgery may cause loss of hearing.

Myth #1: Children may not suffer from BPPV

It has been seen that elderly individuals are more likely to be affected by BPPV. However, individuals of any age (including children) may suffer from this disorder. Some children may not be able to express the problems that they would be facing. So, in case your kids collapse on their own on a frequent basis, it is must for you to take them to a paediatrician.

Myth #2: BPPV is caused only by a migraine

A migraine is one of the causes of which BPPV may occur. However, there are multiple other factors associated with this disorder.

Myth #3: BPPV is always healed by its own

It is not necessary that BPPV is healed on its own every time. If the symptoms are severe, you must get proper treatment before facing any injury due to the associated dizziness. 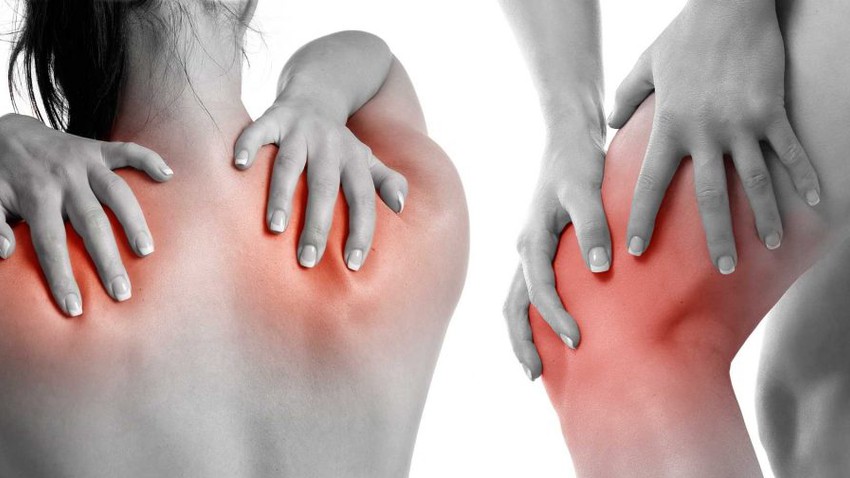 When a number of painful conditions occur in bones, joints, muscles and tendons then it is termed as rheumatism. This condition is categorized as regional (in a larger region, for

Skin Rashes are very common and there is no need to worry too much about them unless they are severe in nature. In usual cases, it is caused due to